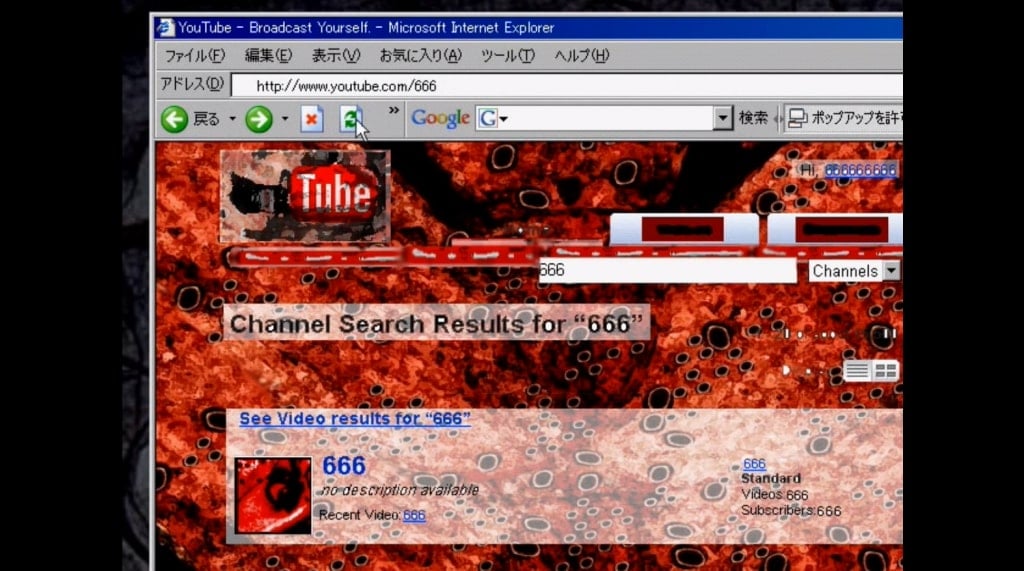 On Feb. 26, 2008, a video appeared on YouTube. Uploaded by a user called nana825763, the video was titled simply, “Username:666”; it was a mere three minutes and 41 seconds in length — but oh, what sights viewers see in those few minutes. The video seems to depict someone (presumably in Japan, based on the language visible in the clip) navigating in a web browser to a page on YouTube belonging to a suspended account — an account with the username of “666.” But although the initial message seen on the screen is, “This account is suspended,” the more the unseen person navigating the website refreshes the page, the stranger it gets, and, well… maybe you’d better just watch it to see where it goes.

Unlike a lot of other video pastas (“Mereana Mordegard Glesgorv” and “Suicidemouse.avi,” for example), in this case, the video is the pasta — there wasn’t originally a writeup to go along with it (although it appears others have supplied some options from time to time). And, as it turns out, the video isn’t “cursed” at all; it’s the creation of Japanese artist Piropito. Indeed, “username:666” isn’t even the original version of the video — it first saw life as “sm666” in December of 2007 on the Japanese video sharing site Niconico. Its longevity is impressive, though, and it’s a well-constructed piece of visual storytelling.

Piropito’s YouTube channel — the aforementioned nana825763 account — is full of other strange and unusual pieces of animation. It’s worth checking out, if you’re into this kind of stuff.