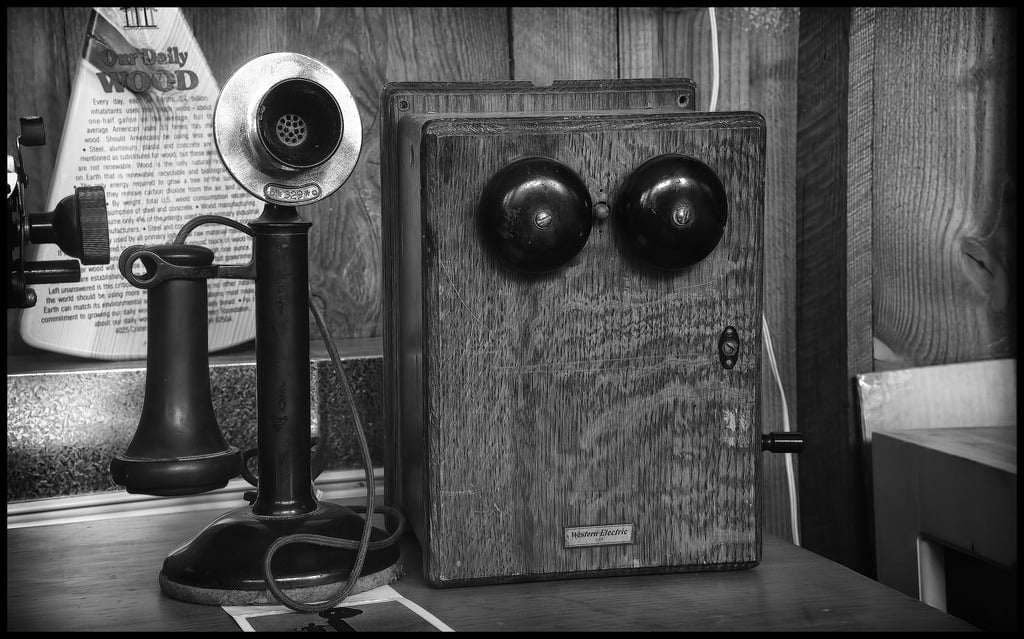 Appearance: Unknown. Given its period and location of origin, it is possible that subject would have had the appearance of a candlestick telephone, the prevailing telephone model in the United States between the 1890s and 1940s; however, given that subject was never built and that no schematics or plans for it have ever been located, this may be considered speculation only.

(Or at least, we don’t think it was ever built. We could be wrong.)

Modus operandi: Unknown. Being non-sentient, subject would likely have had no agenda of its own, although it would be reasonable to assume that spirits attempting to communicate through subject may have had one. It is presumed that making a call on subject would be similar to making a call on a more typical telephone: By dialing the correct number on subject, a user would be connected with the spirit of a person or persons who had passed beyond this veil and into the next life. Hanging up subject would end the conversation and likely sever the connection between worlds.

Additional notes: In October of 1920, American inventor Thomas Edison told journalist B.C. Forbes, then writing for American Magazine, “I have been at work for some time, building an apparatus to see if it is possible for personalities which have left this earth to communicate with us.” He said that he planned to base his invention thoroughly in science, rather than relying on such methods as mediums, spirit rapping, automatic writing, etc.; as he put it, “The methods and apparatus commonly used and discussed are just a lot of unscientific nonsense.” According to Edison, he was “engaged in the construction of one such apparatus now”; he “[hoped] to be able to finish it before many months pass.”

However, Edison did not describe the precise methods subject would use; he spoke only of his theory of life, death, and the spirit world. Said Edison:

“I am proceeding on the theory that, in the very nature of things, the degrees of material or physical power possessed by those in the next life must be extremely slight; and that, therefore, any instrument designed to communicate with us must be super-delicate — as finely responsive as human ingenuity can make it.

“For my part, I am inclined to believe that our personality hereafter will be able to affect matter. If this reasoning be correct, then if we can evolve an instrument so delicate as to be affected, or moved or manipulated — whichever term you want to use — by our personality, as it survives in the next life, such an instrument, when made available, ought to record something.”

When Edison’s diary was first published in 1948 under the title The Diary and Sundry Observations of Thomas Alva Edison — roughly 12 years after the inventor’s death in 1931— it included a chapter with notes on subject. This chapter was removed from later American editions, however — and with it, any evidence that Edison had indeed worked on subject was lost.

In 2015, Philippe Baudouin, a French journalist, found the 1949 French translation of Edison’s diary in a thrift store — a version which included the missing chapter. Baudouin re-published this text as Le Royaume de l’Au-dela (in English, The Kingdom of the Afterlife); it details Edison’s attempts in late 1870 to begin work on subject through the amplification of sound via his then-recent invention, the phonograph.

In 1933, Modern Mechanix Magazine alleged that several years prior, Edison had secretly gathered a number of scientists together in a laboratory setting to attempt to record the voices of the dead using “speakers, generators, and other experimental equipment.” Edison allegedly “set up a photo-electric cell. A tiny pencil of light, coming from a powerful lamp, bored through the darkness and struck the active surface of this cell, where it was transformed instantly into a feeble electric current. Any object, no matter how thin, transparent or small, would cause a registration on the cell if it cut through the beam,” wrote the magazine.

It is unknown whether this account is factual or not.

Recommendation: Unknown. Subject does not appear to be malevolent; indeed, subject may or may not even exist outside of theory.

Thomas Edison’s “Lost” Idea: A Device To Hear The Dead.

History of the Candlestick Telephone.