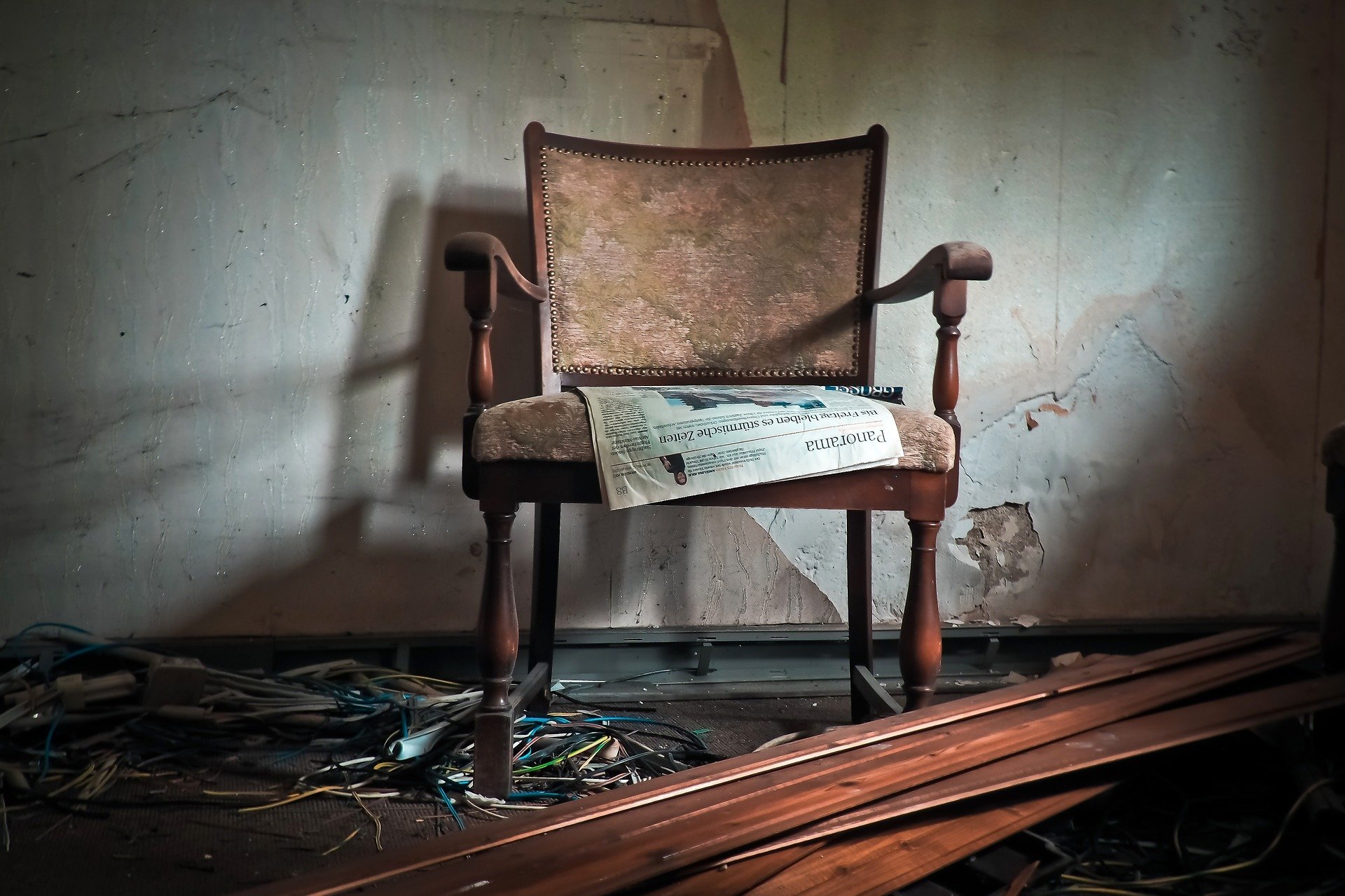 Previously: The Unsolved Mysteries Of Halloween.

I am asked, from time to time, whether I believe in ghosts, the paranormal, or the supernatural. After all, I spend an awful lot of my time thinking and writing about them; that must mean that I think there’s at least some truth to the idea, right? Well… yes and no. I am fascinated by ghosts, and I am fascinated by why so many of us are fascinated by them. I think they are more than the sum of their parts; I think they are how we cope with tragedy, or stress, or the unknown. I have spent years chasing them, both literally and figuratively — I read about them, I watch and listen to others’ stories about them, and I have spent not an inconsiderable amount of time in locations alleged to be haunted. But I have never experienced anything myself, first-hand, which made me go, “Yes, ghosts, they are real. I have proof.”

Except for one thing.

It happened years ago; I was a teenager, either still in high school or within my first couple of years of college. My family and I had taken a trip to visit my grandparents, piling into the car with all of our suitcases and a supply of snacks and some things to keep us occupied for the many hours that would make up the drive —  and the family dog, of course. The dog came with us, because we were going several states away, and someone needed to look after him. The environment to which we were headed wasn’t ideal for animals, but it was relatively pet-friendly; visiting dogs and cats were usually welcome at my grandparents’ house, as long as we looked after them ourselves.

The dog’s name was Swiffer. He was a teacup Maltese, approximately the length of my elbow to my fingertips even when he was fully grown. Yes, he was ridiculous, but he was a good dog and we loved him very much. He looked like this:

My grandparents’ house was old, and like most old houses, it was full of old things — furniture and rugs and curtains and photographs and lace things draped in odd places and assorted other knick-knacks and objet. It was also very dark: The house was on a wooded lot, so the sun was frequently blocked by the many trees surrounding it; what’s more, although there were certainly windows, they were typically covered up, either by curtains or by other objects. Very little natural light made its way into that house. After leaving it, I’d usually spend the first few seconds blinking as my eyes adjusted to the suddenly plentiful brightness.

It was, in retrospect, exactly the kind of place where one might expect to encounter a ghost.

In the living room, tucked away behind the staircase leading to the second floor, there was an alcove of sorts. It held a sofa and a few chairs — all furniture that was built not so much for comfort as for looks. A few side tables were also present, topped with doilies, lamps, and a number of framed photographs of distant relations who had died long before I was born.

I did not like this corner of the house.

It wasn’t that anything had ever happened in it; it just felt… off. Unsettling. Every time I set foot in it, crossing over the invisible border between it and the rest of the living room, I couldn’t shake the feeling that something strange was going on. That something was there. That something was… watching.

So I made it a point not to go there. It wasn’t a place anyone ever hung out or relaxed — mainly it was where the coats went when there a gathering or party during the colder months — so it was easy to avoid.

And after this particular incident, I steered clear more than ever.

It happened during one of those gatherings — a large family one. Most of my extended family still lived in the area; my immediate family and I were one of the few branches that did not. These gatherings were common when anyone visited from out of town, centering primarily in the kitchen and family room and extending out onto the deck if the weather permitted.

It did not that day; I stuck to the kitchen. Which means I was there when a relative — I honestly don’t remember who anymore; given the size of my family, it could have been anyone — came in. They kept their voice low, but excitement charged their whisper. “Come look at the dogs,” they said.

We went. We left the kitchen, passed through the dining room, and proceeded into the living room… and towards the stairs. 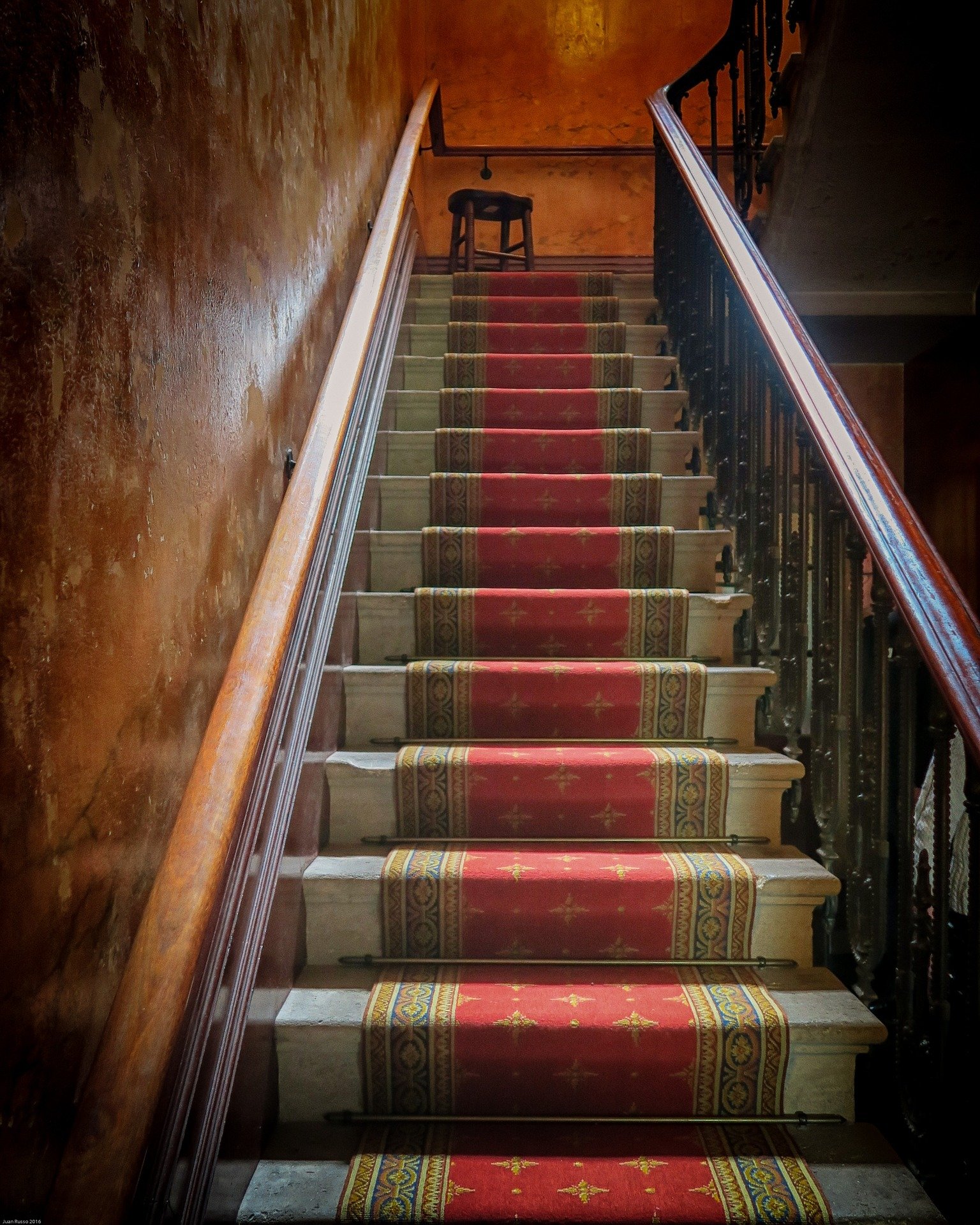 (Not the actual stairs; unfortunately I don’t have any pictures of the house.)

The dogs — my cousins’ King Charles Cavalier Spaniel and our little Swiffer — were both facing the alcove behind the stairs. Both of them were normally good-natured pups, friendly and playful and loving — but not now. They were crouched low to the ground, and their hackles were raised. They were growling… but we didn’t know why or at what. We couldn’t see anything particularly threatening; the alcove looked the way it always did: Out-of-date and a bit dusty, but otherwise normal. It was a sitting area, nothing more.

They stayed like that for… I don’t know how long. It may have been a minute, or it may have been several; whatever the precise length of time, though, it was long enough that it struck all of us as unusual.

They stopped. The dogs relaxed, they stretched their legs, and they bounded off, as if nothing had happened — nothing at all. There was no threat; there was no danger; there was just a sofa and two chairs and some tables and photos and lamps and doilies. Same as always.

We still don’t know what happened during that moment. But it spooked all of us — and I have never forgotten it, not even after all these years have gone by.

There are — as many of you no doubt know I am fond of saying — plenty of rational, reasonable explanations for the dogs’ behavior. The house was known to have mice, for example; as such, it’s a distinct possibility that the pups had spotted, smelled, or otherwise detected a rodent or other pest and reacted accordingly. In fact, I believe this to be the most likely explanation for what happened that day.

I cannot help but wonder: Was it just a rodent? Or an insect? What were the dogs so concerned about? And why did that concern cease so abruptly? I am aware that animals have keener senses than humans, and that they are believed to be able to pick up on things that we ourselves may miss; did they see or sense something that day? Something the humans in the house did not? I mean, it was almost as if, suddenly, there was something there, crouched in that alcove, perhaps sitting on the sofa, which the dogs believed was a threat — either to themselves, or to their families…

…And as if, just as suddenly, whatever It was had left. There was no reason to stand guard anymore, so they didn’t — the dogs wandered off to go play, or to ask for pets or snuggles, or to beg for table scraps. Their work there was done. 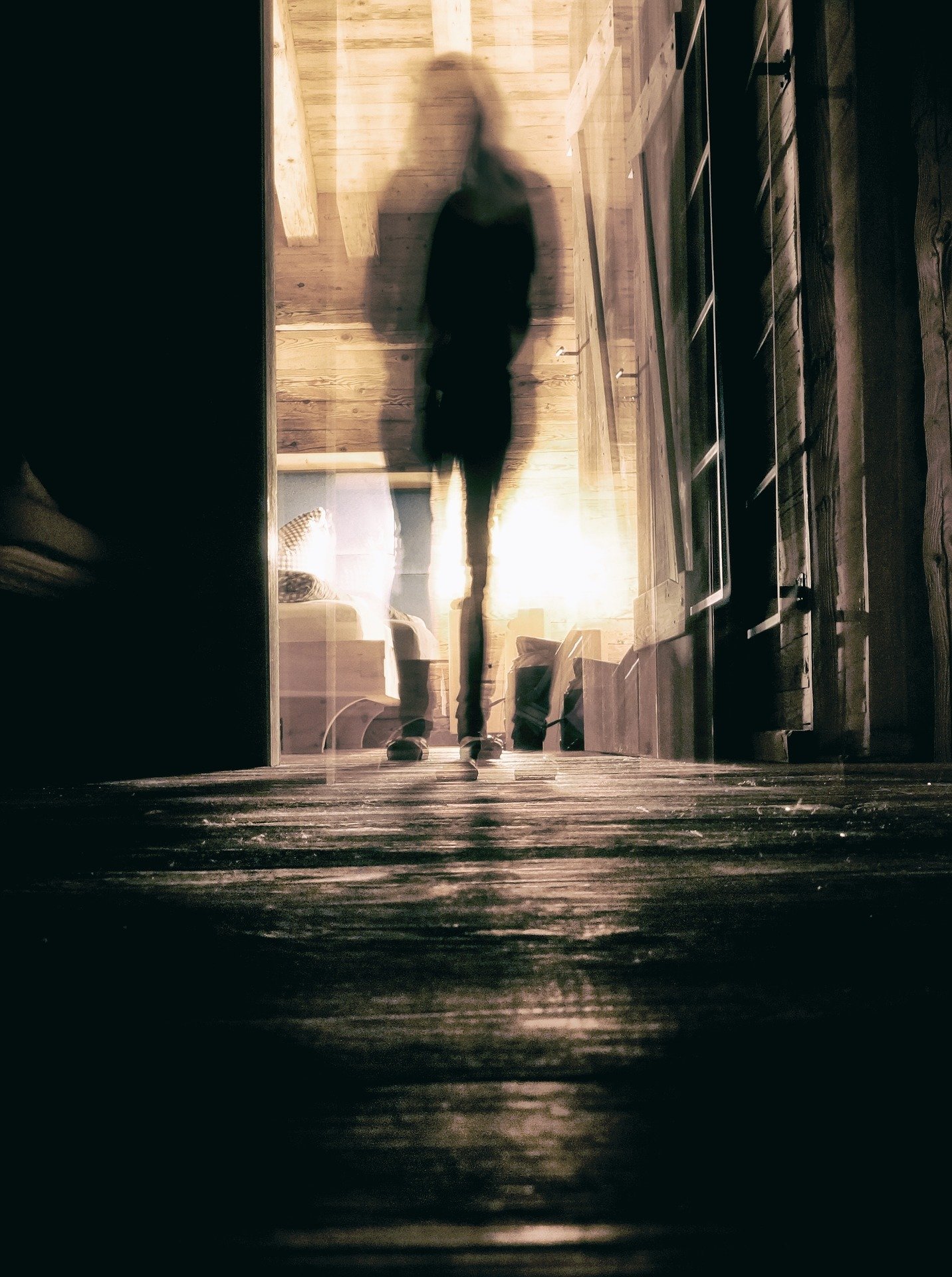 When people ask if I believe in ghosts, they are often surprised when I say, no, I’m not entirely convinced. If I don’t believe, they ask, why have I spent so much of my time — and, indeed, my career — focused on them?

It’s because I cannot help but wonder. Because I feel so certain that ghosts don’t exist, and I sometimes still think, what if? Because even if we don’t believe, so many of us still want to.

And that, I think, is worth wondering about.