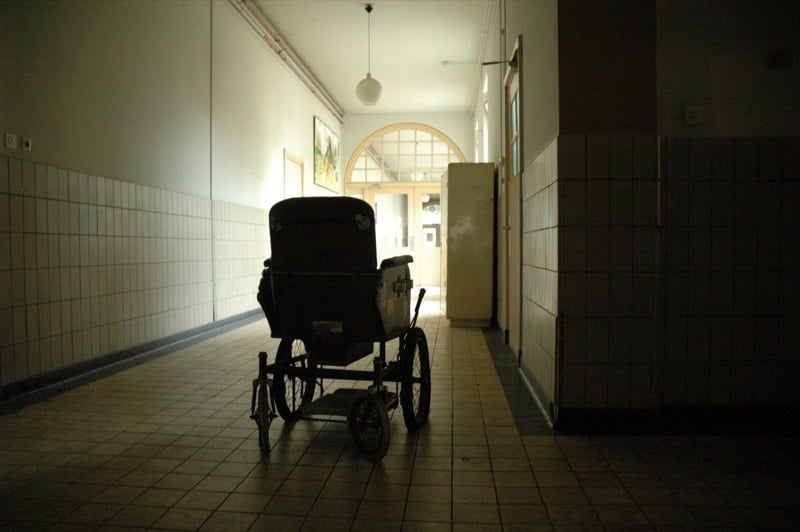 I jettisoned cable a couple of years ago, so sometimes I miss what’s going on in the world of broadcast television. As such, I didn’t realize that HBO was airing a documentary about Gypsy Rose Blancharde and the killing of her mother, Dee Dee Blancharde, until after it had already happened. I’m quite familiar with the case already, having been following it for almost two years now; however, word on the street is that Mommy Dead and Dearest, directed by Erin Lee Carr, is quite an exceptional examination of the story, so I’m looking forward to giving it a watch once I’m able to get my hands on it.

In the week since the documentary aired, it’s occurred to me that it might be useful to put together a roundup of further reading (and listening, in one case) for those interested in finding out more about the case. If that’s you, then you might find the below worth a look.

Mommy Dead and Dearest is currently available to watch on HBO, HBOGO, and HBO NOW.

“Dee Dee Wanted Her Daughter To Be Sick, Gypsy Wanted Her Mom To Be Murdered,” by Michelle Dean

Ozarks friends: Buzzfeed did a deep dive into the sad and perplexing story of Dee Dee & Gypsy Rose Blancharde. https://t.co/5ofZfIMUpK

Buzzfeed gets a lot of flak for the personality quizzes and somewhat simplistic listicles that were its bread and butter in its early years, and it’s certainly true that the site has misstepped several times over the years. However, Buzzfeed News has also produced a number of impressive deep dives (this history of how the Clue movie got made, for example, is one of my favorite pieces of entertainment journalism ever) — thoroughly reported and researched features that illuminate an as-year-unexplored aspect of something astonishing.

Michelle Dean’s piece, published in August of 2016, is one of those deep dives, featuring some truly excellent reporting: Interviews with Gypsy and Dee Dee’s neighbors; with Gypsy’s, father Rod Blanchard, and his wife, Kristy (Rod, who was only 17 when Dee Dee, then 24, became pregnant with Gypsy; they separated just before Gypsy’s birth, and Rod later remarried); and with Gypsy herself, who was sentenced to 10 years in prison after working out a plea deal in 2016.

There’s an odd sense of sadness, grace, and closure that comes with Gypsy Blancharde’s case ending today. But I don’t think it’s over yet

Pack, a horror writer, has been covering the case on an ongoing basis; check out the original post above and an update here to read it all in real time. The timeline is useful.

“A Mother’s Killing Leads Police to Suspect her Daughter’s Faked Disability Was Part of an Elaborate Hoax,” by Abby Phillip

Breaking News: Sheriff Anortt continues to say 'things not what they appeared' in speaking of Gypsy Blancharde.

For a look into the mainstream media coverage of the story as it unfolded, this article from the Washington Post is a good place to start. Published just over a week after the June 14 Facebook post, its position in the sequence of events is notable: It’s right at the moment that the whole thing began to unravel. Equally fascinating is how much it underlines how quickly everything happened.

“Folie a Deux in the Parents of Psychosocial Dwarfs: Two Cases,” by John Money and June Werlwas; “The Dauphin of Munchausen: Factitious Passage of Renal Stones in a Child,” by R. C. Sneed and Roy F. Bell; and  “Munchausen Syndrome By Proxy: The Hinterlands of Child Abuse,” by Roy Meadows

Quite a lot has been written about Munchausen syndrome by proxy; a quick Google Scholar search brings up more than 8,000 results, and that’s just scratching the surface. However, these three articles are typically cited as the origins of the term. The first two date back to 1976, and the third to 1977. (“Munchausen syndrome” first entered the vernacular in 1951.)

“The Hinterlands of Child Abuse” probably comes closest to describing what we most commonly think of as Munchausen by proxy today: The two cases it discusses deal with one mother who poisoned her child with salt, and one mother who tampered with her child’s urine samples to produce false test results. The salt case is of particular interest here; the mother in it has pretty much the exact same MO of Lacey Spears, who, in 2015 — nearly 40 years after Meadows first published his paper — was convicted of poisoning her five-year-old son, Garnett, with excessive amounts of salt. You can read Meadows’ full article here.

“Beyond Gypsy Blanchard: When Mothers Harm Their Kids for Attention,” by Brynn Lovitt

A look at five cases of Munchausen's syndrome by proxy, where parents harm their children for attention https://t.co/z7TuzCupTw

Lovitt’s piece for Rolling Stone takes a look at five more cases of Munchausen by proxy, four recent (within the past 10 years, one of which is the Lacey Spears case), and one slightly older one that spans the years between 1967 and 1985. In all five cases, the parents in question were eventually arrested, tried, and convicted; they’ve each been sentenced to anywhere between three years and life in prison.

“HBO’s Mommy Dead and Dearest Is a Perfect Storm of True Crime, Pageantry, and Southern Gothic Tropes,” by Aja Romano

Vox’s review of the documentary is thorough and thoughtful; it draws some interesting comparisons between Mommy Dead and Dearest and the podcast S-Town.

“Why I Tell Stories About Cannibals and Murderers,” by Erin Lee Carr

Mommy Dead and Dearest director Erin Lee Carr — whose first film, Thought Crimes: The Case of the Cannibal Cop, examined Gilberto Valle, the former NYC cop who was arrested, tried, and convicted of conspiring to kidnap, cook, and eat several women; his sentence was then overturned on the grounds that the descriptions of these “plans,” which Valle talked about in chat rooms on the website DarkFetishNet were pure fantasy — discusses… well, exactly what the title of the piece says: Why her work covers the kinds of stories that it does. As someone who also feels compelled to cover these kinds of stories, Carr’s perspective really resonated for me.

Carr also recently did an AMA on Reddit; head here to check it out.