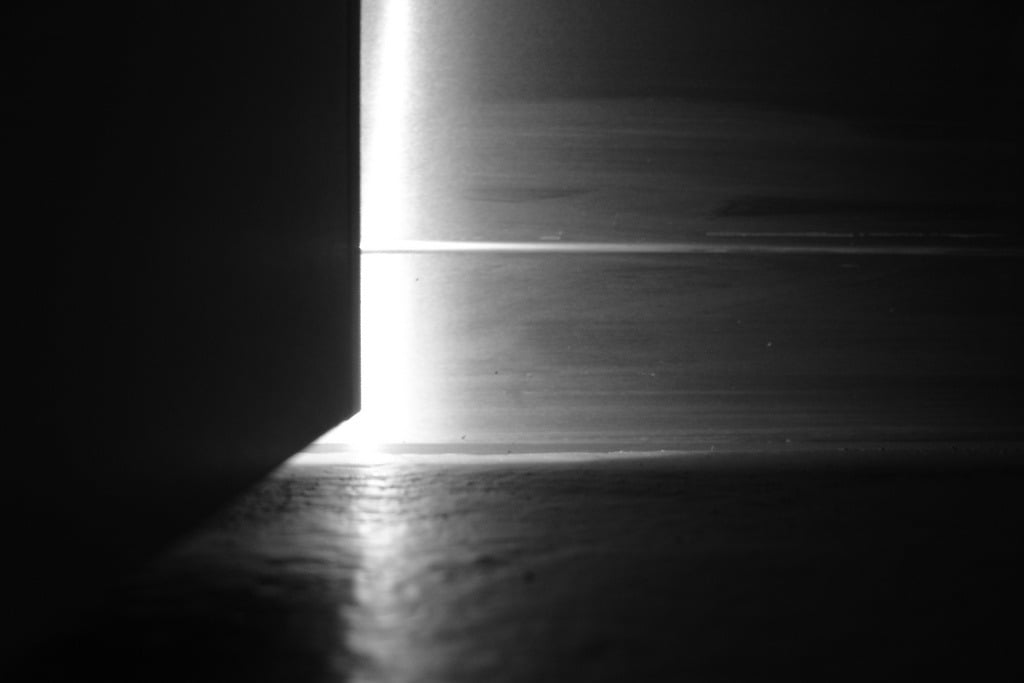 Appearance: Subject appears to be an extremely slender female humanoid of indeterminate age. She may or may not hold an ice pick. NOTE: Due to subject’s illusive nature, a more precise description has yet to be identified; anyone who might be able to provide such a description has hitherto been… not in a position to do so.

Modus operandi: Subject habitually occupies areas in homes classified as “gaps”: The space between a piece of furniture and the wall; the sliver of darkness visible from a slightly open drawer; the crack in a closet door that has not fully been shut; etc. Subject is often happy simply to exist, allowing the occupants (targets) of her chosen home to go about their daily lives uninterrupted; she will make a habit of ducking out of sight when target’s field of vision includes her current gap. Targets may be largely unaware of subject’s existence, except for the small nagging feeling that they are being watched when no one else is home or an uneasiness experienced when attempting to fall asleep with the closet door open.

However, on some occasions, subject may make eye contact with target. In the event of this occurrence, subject will ask target, “Want to play a game of hide and seek?” Should target answer, “Yes,” the game will commence. The next time eye contact is made, the hider will be considered found. The seeker’s prize for winning is the hider, with whom the seeker may do as they please.

NOTE: Target should not assume that they are the seeker and subject the hider. Should this mistake be made, target will lose. Quickly. Given that the seeker’s prize for winning is the hider themself… it is not advisable to lose.

Precisely how subject decides when to begin a game and with whom has not yet been determined.

She is assumed to be a spirit of some sort, although whether she is a “ghost” in the traditional sense — e.g. the spirit of a former living person who was is now dead, “haunting” a place that was significant to her in life — has not been determined. It is also unknown when or where subject first came into being, or whether subject is singular or one of a group of many Girls from the Gap. She apparently hails from Japan, although whether she may also occupy gaps in homes in other countries remains to be seen.

Subject’s relationship (if any) to the phenomenon known as Slender Man, to the creature colloquially known as “the monster under the bed,” or to the Faceless Old Woman Who Secretly Lives In Your Home has yet to be determined.

…And mind the gap.

Tales of Horror: Woman of the Gap.

Girl from the Gap.