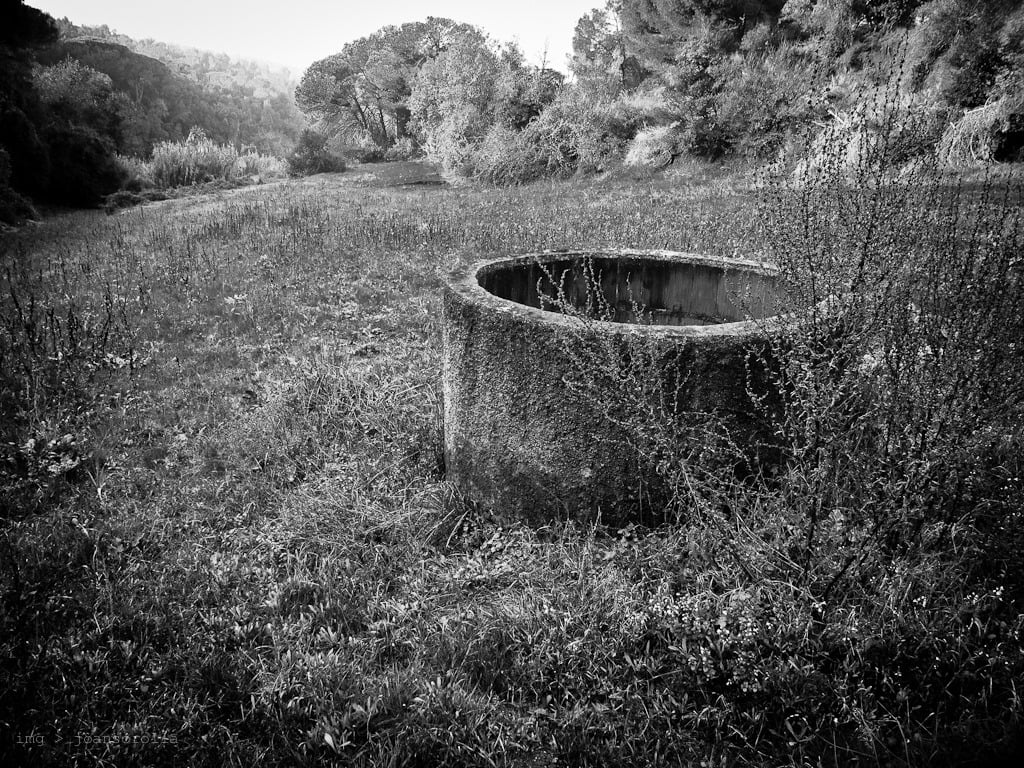 Period/location of origin: Precise date of origin is unknown; subject was first reported to exist in 1997 at Manastash Ridge, near Ellensburg, Washington.

Appearance: Subject appears to be a large pit of indeterminate depth, nine feet wide, and surrounded by a 3.5 foot tall stone retaining wall. The retaining wall extends into the pit roughly 15 feet below ground level; beyond the 15-foot point, the pit continues downward directly through soil, bedrock, etc. Subject may or may not have a bottom, as evinced by experiments conducted involving the dropping of small objects into the pit. Neither a crash nor a splash has been heard during these experiments; as such, it remains unknown whether subject contains either a floor or a well. Subject also does not echo noises from the top (voices shouted down into the pit, etc.).

Modus operandi: Largely unknown. Nearby residents have reportedly used subject as a garbage disposal location; however, subject has never filled up as a result of this usage. Animals appear to fear subject, refusing to approach it.

Subject may also function similarly to so-called “Lazarus pits.” According to one report, a resident had once disposed of a dog that had passed away by depositing the remains in the pit; however, the resident later reported seeing the dog, identifiable by its collar, running through the woods later, alive and well.

The veracity of this and other claims about subject have not been confirmed. Additionally, whether or not subject is related in any way to the Well to Hell has not been determined.

Containment: Unknown, although the placement and locking of a metal lid across the top of subject has been employed in the past for safety reasons.

Additional notes: In 1997, a man calling himself “Mel Waters” got in touch with Art Bell, the host of syndicated late-night radio talk show Coast to Coast AM, via fax. Waters explained in the fax that he had located subject on his property, and that subject appeared to have a variety of extraordinary attributes. Bell subsequently interviewed Waters on air, wherein the initial details of subject became known.

Waters said that he had lived on the property for about two years; prior to his purchase of the land, the previous owner had lived there for several decades. Subject had apparently been located on the property during that time; as such, the exact moment of subject’s origin or how subject came to be remains unknown.

After observing several curious aspects of subject, including its ability to frighten nearby animals, Waters said he began performing some experiments to see what he could learn about subject. First, Waters tied a roll of Lifesaver candies to the end of a 1,500-foot length of fishing line in order to determine whether there was any water present in subject. Upon reeling up the fishing line, Waters found the candies still attached, with no sign of any dissolution that might indicate the presence of water.

For his second experiment, Waters said he attached a 1 lb. lead weight to the end of his fishing line; however, when he reached the end of the spool, he tied on a new spool and continued lowering the line into the pit. The goal was to determine how far down subject extended; however, after Waters had lowered 80,000 feet, or approximately 15 miles’ worth of fishing line, he had still not located subject’s bottom.

Waters continued to update Bell for several years following his initial interview, although the details of his story became stranger and stranger. He claimed that the day after the 1997 interview, uniformed men had prevented him from entering his own property; the men threatened Waters, he said, before offering to rent the property from him for $250,000 a month. Waters accepted and moved to Australia. He returned to the United States in 1999; from here, he claims the conspiracy deepens, a full summary of which may be found here. Waters has not been heard from since 2002.

In 2008, a medicine man named Red Elk also claimed to have experiences with subject; however, he has since noted that he will no longer speak publicly about the pit.

Waters’ account has never been verified, and subject has never been located by outside sources. Indeed, it is unknown whether a man named “Mel Waters” living in the Ellensberg area ever existed in the first place.

Getting to the Bottom of Mel’s Hole.