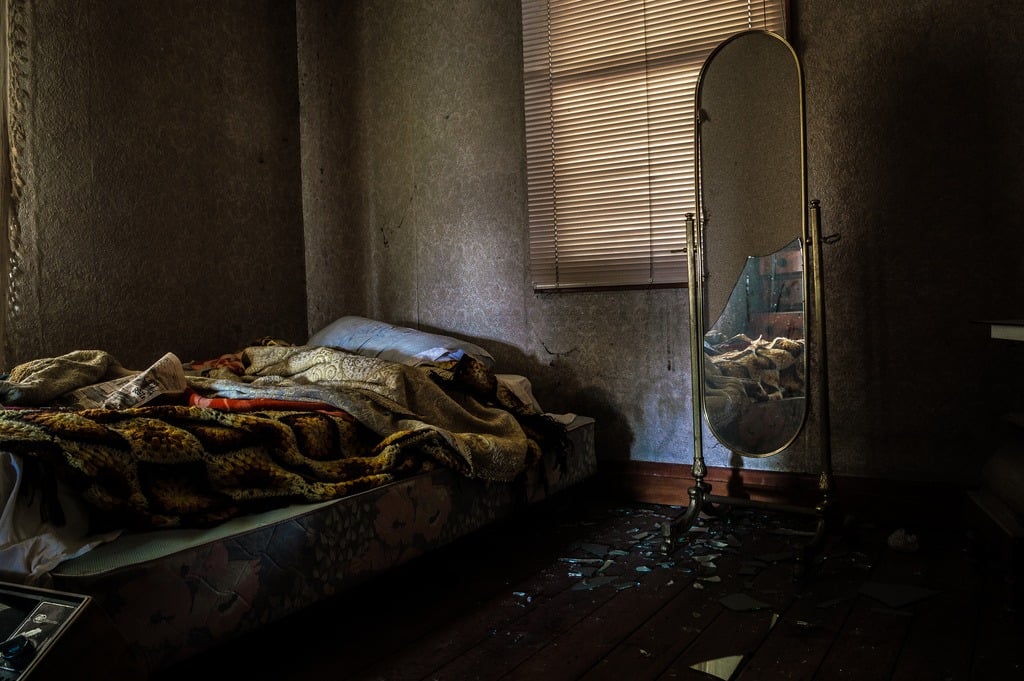 The phrase “Bed of Sorrow” appears in literature throughout history; it’s more or less interchangeable with the word “sickbed,” although sometimes it may also be referred to as a “bed of languishing.” No doubt the most interesting occurrence, however, is the biblical one: The phrase “bed of sorrow” appears in Psalm 40 of the Douay Rheims Bible — the version printed in the late 16th and early 17th centuries in England as an effort to uphold Catholic tradition in the face of the ongoing Protestant Reformation — with verse four reading, “The Lord help him on his bed of sorrow: thou has turned all his couch in his sickness.” Somewhat puzzlingly, though, most other versions of the bible feature the phrase’s analogue in verse three of Psalm 41 — in the King James Bible, for instance, Psalm 41:3 reads, “The Lord will strengthen him upon the bed of languishing: thou wilt make all his bed in his sickness.”

What I find most notable about the different forms of the phrase is the way “languishing” bridges the gap between “sick” and “sorrow.” The Oxford English Dictionaries offer both “lose or lack vitality; grow weak or feeble,” which implies sickness, and “pine with love or grief,” which implies sorrow, as definitions for the verb “to languish,” so it’s not hard to see how some might interpret it one way, while others might read it another.

The Bed of Sorrow ritual, too, seems to bridge that gap, describing the titular place of repose as having been used “by a poor soul… who would weep day and night into the sheets, unable to be consoled as they withered away in that bed” — that is, the pain of mental and emotional grief became the pain of physical illness, which eventually resulted in death. The ritual then notes that, even once the departed soul’s body had been removed from the bed and given a burial, the piece of furniture remained forever imbued with the sorrow to which it bore witness. It might, therefore, “exhibit unnatural properties,” such as white sheets placed upon it turning red; furthermore, “a feeling of continual dread” might continually hover around it.

Unlike some of the rituals we’ve talked about here in The Most Dangerous Games, this one does have a point; if you’re successful, you’ll experience seven glorious days of worry-free bliss. However, the stakes are rather high should the ritual fail, so it’s up to you to decide whether a mere week’s worth of good will is worth it.

Failing to complete any of the ritual’s steps will result in an overall failure condition. In the event of a failure, your pain will not vanish; rather, it will increase tenfold with each passing day until you successfully complete each and every step.

You might not realize you’ve failed until it’s too late. And should you need to return to the room with the red door to complete the steps you missed…

…Well, it may not be where you left it.