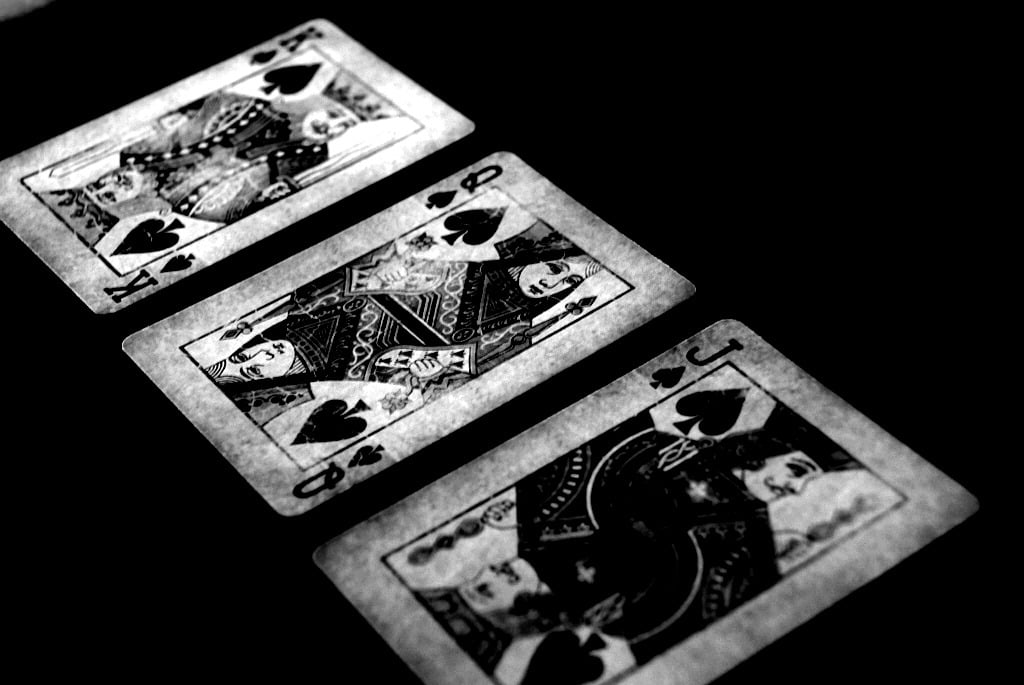 The current prevailing version of Lady Spades hails from redditor jazzyfingers at the Three Kings subreddit; it may also be referred to as The Queen of Spades or Dama Pika. It’s similar to Bloody Mary in that the ritual involves calling up a woman — or at least, something that looks like a woman — in a mirror. Unlike Bloody Mary, however, the successful summoning of Lady Spades grants you the chance to make a wish… for a price, of course.

There used to be a variation of this game available on the Creepypasta Wikia, although it appears the page was deleted in September of 2015. I’m unclear on the reason for the deletion, but as I recall, the story as it stood wasn’t particular well written, so maybe it was a QA kind of thing. That particular version involved multiple participants; to see it in action, head here.

For what it’s worth, the famed Russian writer Alexander Pushkin wrote a short story called “The Queen of Spades” in 1833, later publishing it in 1834. It, too, involves a game of cards, although it’s more a game of chance than the one seen here. Either way, though…

If you open your eyes during the Summoning and everything is normal save for the mirror being empty or the absence of voices, laughter, or footsteps, the ritual has failed. There are no negative consequences for the ritual failing in this manner; however, it is still a good idea to repeat the words, “Lady Spades, disappear,” wipe the mirror clean, blow out the candle, and turn on the lights. Burn the card at your soonest convenience.

Do not attempt to end the game between the statement of your wish and the woman’s response. She doesn’t like being interrupted.

Lady Spades has a habit of sticking around. Even if the ritual is a success, it comes with a price.

Once upon a time, a young woman moved to a village in Eastern Europe from somewhere no one had ever heard of. Extraordinarily beautiful, she received rather a lot of attention from the men of the town; it was said that her smile could melt the heart of anyone upon whom she bestowed it. She dressed all in black, earning her the nickname Lady Spades, thanks to her resemblance to the playing card of the same name.

But her beauty was also her undoing. Brother turned upon brother, father against son, friend against lifelong friend, all in the name of winning just one, single smile from her. The women turned against her, too, blaming her for seizing the attention of their husbands and sweethearts. In an effort to save their village, the elders decided that there was only one solution: That she be removed from the equation.

An angry mob descended upon her house and found her brushing her hair before the mirror. The mob beat her savagely, tearing her beautiful face to shreds. Then they left her to die, with only her mirror — and her own ravaged visage — for company.

For three days she wept, her cries echoing through the village, until finally silence fell. But with her last breath, she cursed anyone who dared to say her name in front of a mirror. If you’re polite, she will make your fondest wish come true… but you don’t want to know what happens if you’re impolite.

And Whatever You Do:

Do NOT let her out of the mirror.