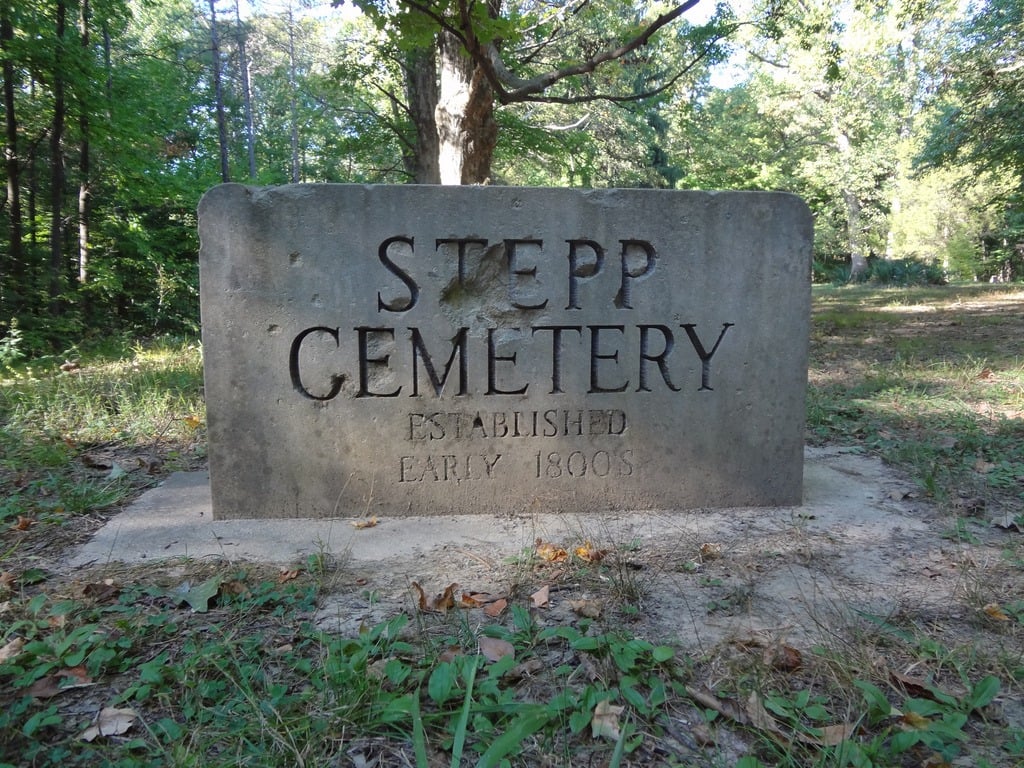 In the Morgan-Monroe State Forest just north of Bloomington, Indiana, there lies a small cemetery. It’s not uncommon to find old burial grounds deep in the woods, or even in state forests; the Jennings State Forest in Florida, for example, has not one, not two, but four cemeteries within its nearly 24,000-acre grounds. But although cemeteries are often found in the forest, and although many cemeteries have at least one spooky story associated with them — I suspect it has something to do with our fundamental need to explain death to ourselves — you’d likely pass right by Stepp Cemetery if you didn’t know about it. Like the Jennings State Forest, Morgan-Monroe covers 24,000 acres, but Stepp Cemetery itself houses a mere 32 graves. Those 32 graves, though? They’re not quiet. In fact, according to the legends, they’re downright chatty.

Stepp Cemetery may not be as old as some cemeteries in the United States, but it still dates back a fair distance — at least to the 19th century. The stories connected to it vary, of course — such is the nature of folklore — but the most commonly cited one belongs to an apparition known as the Lady in Black. She guards a particular tree stump, although precisely why depends on the storyteller. 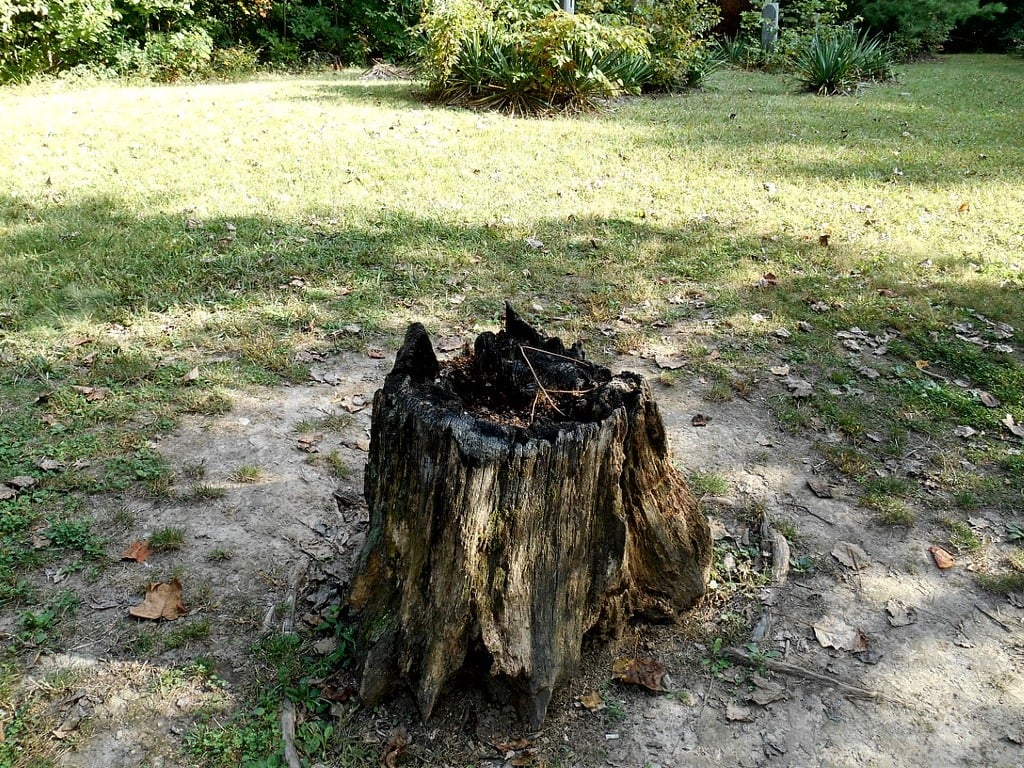 Some legends say that after her husband died in a dynamite explosion at the quarry, the woman who would become known as the Lady in Black threw her entire being into raising her daughter; the daughter, however, would never make it past the early stages of adulthood. She and her gentleman caller were killed in an automobile accident on their way home from a date one night, after which she joined her father in Stepp Cemetery. Following her daughter’s death, the woman began to frequent the cemetery even more than she already had, sitting on an old tree stump, weeping, speaking to her husband and daughter for hours at a time. When she died, she, too, was buried in Stepp Cemetery — and the old tree stump is still the Lady in Black’s favorite place to spend her time.

Some of the stories are more gruesome than others. One variation on the previous tale states that the daughter’s head was never found after the accident — and that following the Lady in Black’s death, couples parked on the side of the road began seeing the apparition of an old woman with the rotting head of a girl clutched in her hands. Another tale describes the Lady in Black as the mother of a girl who was murdered in the 1950s; in this version, the daughter’s body was found dumped on the cemetery grounds, with the killer escaping unpunished and the woman still holding her vigil. Yet another combines elements of these other stories with that of “The Hook”: In this version, the mother survived the car crash while the child did not—but the mother did lose her hand, which was subsequently replaced with a metal hook. She guards her child’s grave to keep him (it’s a son in this one) from being afraid of the dark, scaring off anyone who approaches her with a wave of her hook.

There are common threads that weave their way throughout each of these tales: A grieving mother; a dead child; a car accident. One final story names the Lady in Black as Anna, the mother of a boy who was killed in infancy. Again, the cause of death is said to have been a car accident, and again, the mother is said to spend her time seated on a tree stump, singing softly to her lost child and nursing her grief. In this version, though, she’s said to have eventually killed herself on that very stump beside her child’s grave — and there’s an additional edge of danger to this story that the previous versions lack: It’s said that anyone who sits on that tree stump will live less than a year — the age of the Lady in Black’s child when he was cruelly taken from this world. 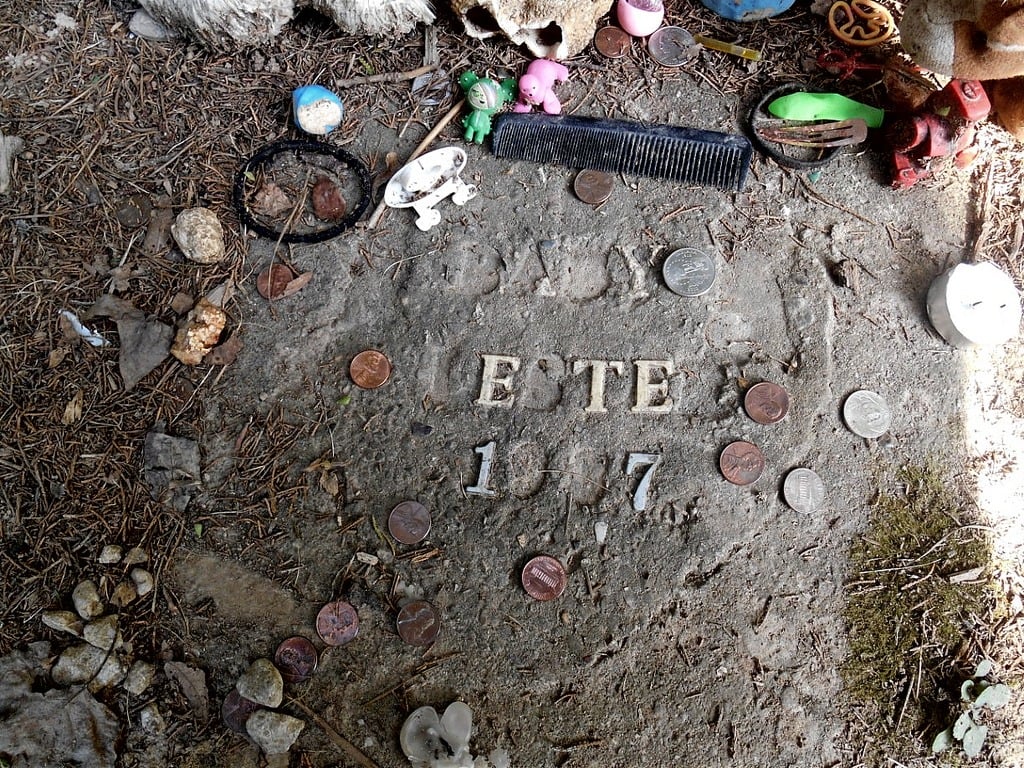 For the curious, the baby in this story is himself of interest, as well. He’s often referred to as Baby Lester — and indeed, a Baby Lester does reside in the cemetery. However, here we seem to have a case of two separate stories being drawn together into one; according to Find A Grave, Baby Lester, child of O’Leatha Pryor Lester and Harley Lester, was stillborn in 1937, rather than killed in an auto accident. Visitors still place toys and other small mementos at Baby Lester’s grave in the hopes that it will help him rest easier.

Sometimes, though, the spirit that haunt the tree stump isn’t a lady at all. Sometimes it’s an old caretaker who used to rest on the stump while making his rounds — until the day a logging truck veered off the road and into the cemetery. The caretaker, sitting on his stump at the time, was crushed by the falling logs; but even though he’s physically departed this world, he still seems fond of that stump.

And what of the “Crabbites?” One of the more curious tales pegged to Stepp Cemetery, it’s occasionally said that a religious cult known by this moniker once used the cemetery as their gathering place. Not much is known about what they might have done on the cemetery’s grounds; what little we have heard, however, involves nudity, snakes, and glossolalia.

Is there any truth to the stories? Likely not; most of them remain unsubstantiated. These days, it’s also believed that the original tree stump has long since rotted away, with the one now pointed to as the site of all these tales being, in fact, the incorrect one. There also seems to be no mention of the Crabbites anywhere on the Internet except in reference to their supposed connection with Stepp Cemetery, so I’m not convinced it’s a sect that actually existed. But the cemetery itself does exist, and as is the case with all places rich in history, it is likely haunted — sort of. It might not be haunted by ghosts, but it’s certainly haunted by the stories clinging to it. I might even go so far as to say that it’s haunting itself.

But don’t take my word for it. Go visit Stepp Cemetery yourself… and see what happens when you do. 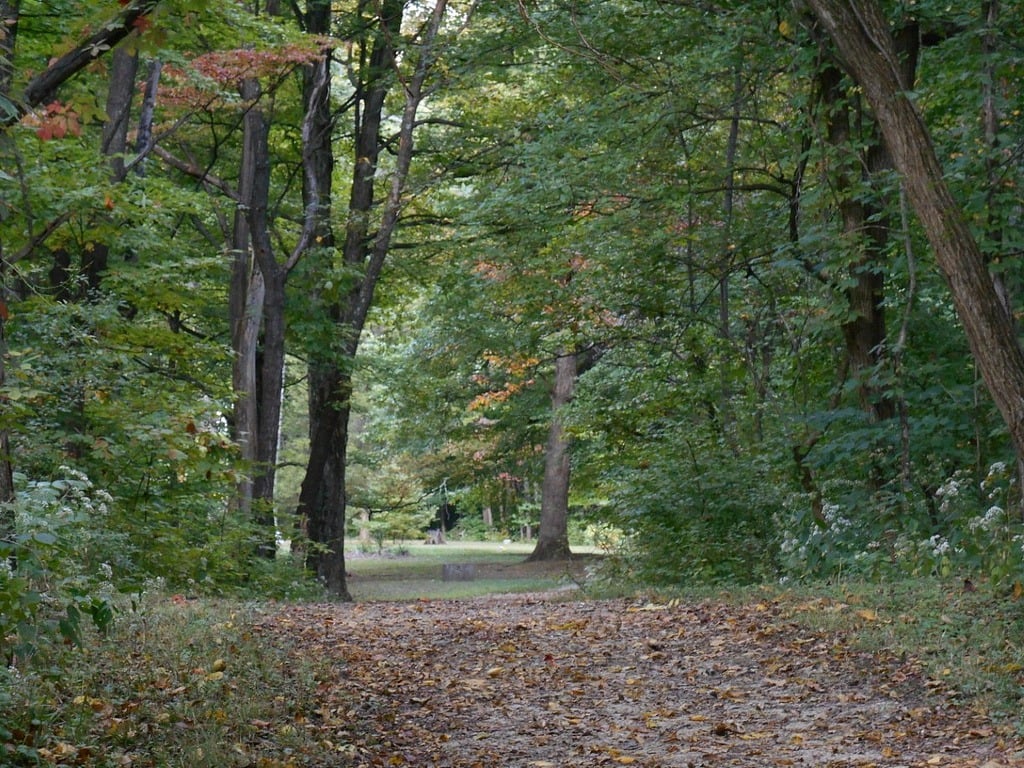 Ghosts of the Prairie: Stepp Cemetery.