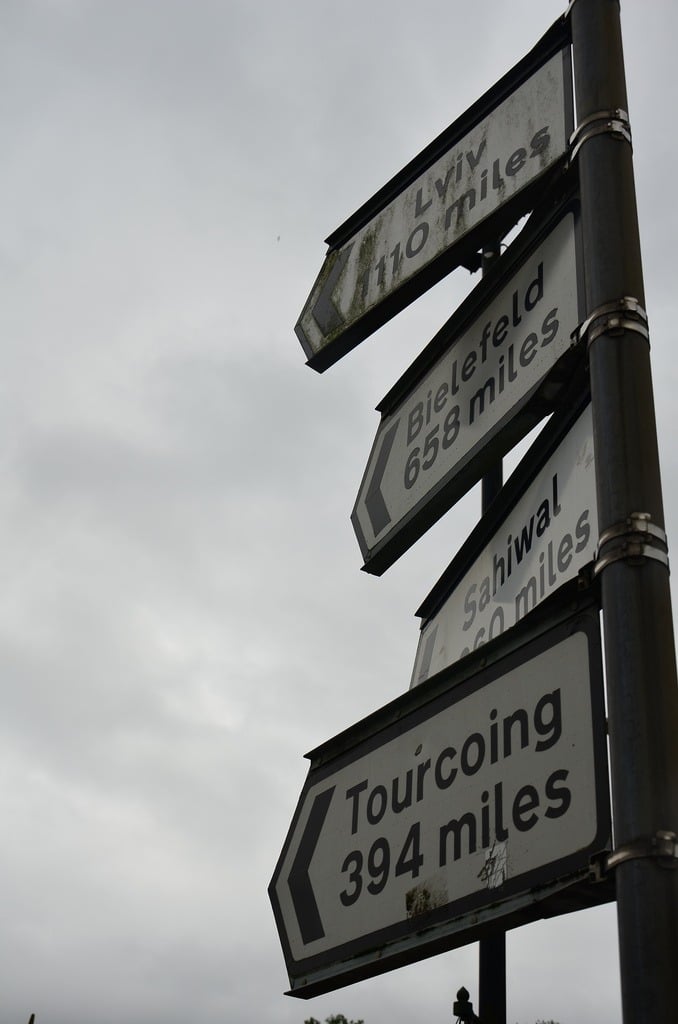 Appearance: Subject appears to be a city in the northwest of Germany. Founded in 1214, subject later suffered greatly during the Second World War; after having been bombed essentially to smithereens, subject was rebuilt, with modern architecture replacing the historic buildings of old. Subject is otherwise unremarkable. As of 2013, its population is approximately 330,000.

Subject may or may not exist, re: The Bielefeld Conspiracy.

Modus operandi: The Bielefeld Conspiracy states that subject is not, in fact, a city in the northwest of Germany. Rather, subject is an illusion created by a shadow organization known as SIE, or THEM. The purpose of THEIR assertion of subject’s reality remains unknown; however, several theories exist:

Containment: Although the appropriate containment procedure for subject itself is unknown, targets may determine whether any acquaintances are involved in the conspiracy by asking the following three questions:

If acquaintance answers “no” to all three questions:

Acquaintance is not part of the conspiracy. Target may safely proceed.

If acquaintance answers “yes” to one or more question:

Acquaintance is likely part of the conspiracy. Target should remain on their guard at all times and disengage at the first sign of THEM.

Additional notes: Should an acquaintance attempt to argue the existence of subject by identifying its railway station, football stadium, Autobahn route, or telephone numbers and postcodes, such claims may be refuted as follows:

It should be noted that the Bielefeld Conspiracy was allegedly begun on May 16, 1994 in a Usenet post by one Achim Held. Held maintains that he created the conspiracy as a joke; the popularity of the joke, however, remains unexplained.

Recommendation: Do not attempt to visit subject.