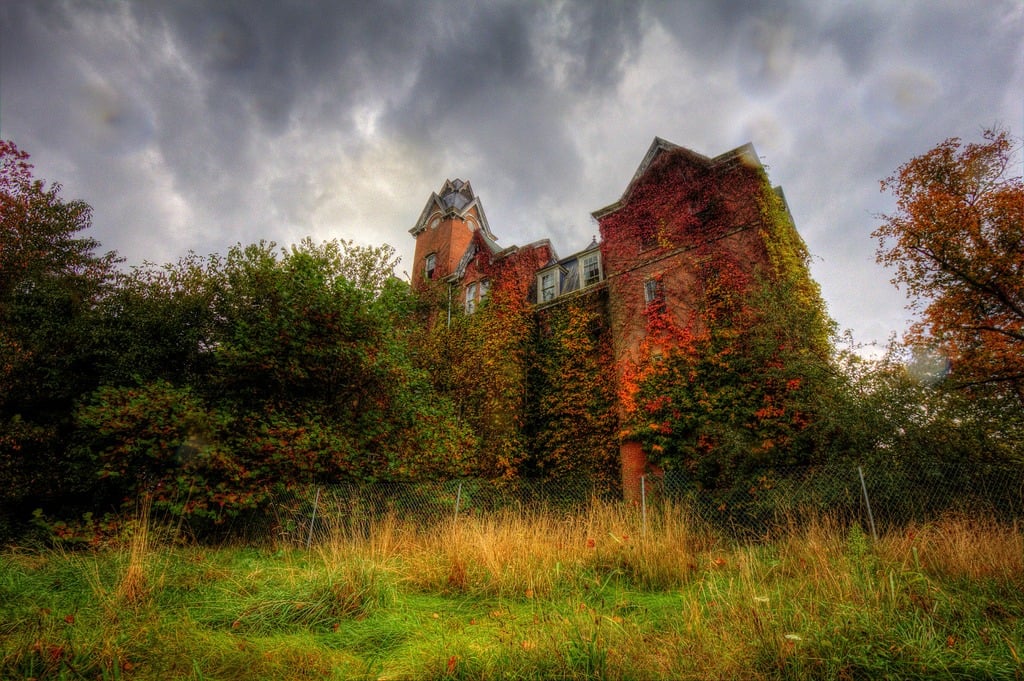 In Victorian literature, there’s always one place you never, ever want to go, even if you’re as down on your luck as it’s possible to be: The poorhouse. Such was the case with the Knox County Poorhouse, located in the hamlet of Bangs, Ohio, just west of Mt. Vernon. First built in 1875, the facility was neither wholly hospital nor asylum, homeless shelter nor orphanage; instead, it housed any and all unfortunates who lacked a place to call their own: Abandoned children, the elderly, those suffering from physical or mental illness,and every conceivable type in between found themselves at the poorhouse when they had nowhere else to go.

As was the case with many institutions of the time, there was neither enough space nor staff to provide adequate care to the poorhouse’s denizens; rumors began to spread of the substandard living conditions and the accidental deaths that plagued the place, eventually forcing it to close down in 1953. We may never know entirely what went on in there — but what we do know is that in recent years, a number of shallow, unmarked graves have been discovered in the area surrounding the house. Perhaps there was more truth to the rumors than anyone knew.

After sitting abandoned for some time, the Knox County Poorhouse reopened as a Bible college in 1957. Although the Mt. Vernon Bible College functioned for several decades, it eventually relocated to Virginia in 1988, where it now goes the name of LIFE Bible College East. Following the move, the building remained unused—and, of course, stories began to collect around it as it sat there, empty and decaying, year after year. Did a part of the building collapse during its years as a school, killing a group of students and trapping their spirits inside forever more? Or was it an elevator crash that claimed their lives? And what of the unmarked graves, those stretching back to its period as a home for the destitute? Have they, too, been chained to the building in which they died?

Sometime after the departure of the Bible college, the building that had once been known as the Knox County Poorhouse began to play host to a haunted attraction during the Halloween season called The House of Nightmares. There’s a price to pay for shuttling hundreds of people through a decaying building year after year, however, and in January of 2006, four floors caved in. The House of Nightmares moved around for a few years after that, occupying the space formerly used by the Bloody Brewery before becoming a haunt known as The Terror Fest.

I’ve been unable to determine whether The Terror Fest is still in operation — but there is good news for those who cherish the old building: There’s a movement to restore the Knox County Poorhouse, and it seems to be chugging along quite well. According to Mount Vernon News, Northeast Ohio Investment Partners LLC purchased the building along with 2.6 acres of land from the State of Ohio in April; the plan is to renovate the structure, restoring it to its former glory and allowing it to operate as a business once more. What that “business” will be remains to be seen — as will whether its history continues to haunt it, literally or figuratively, as well.