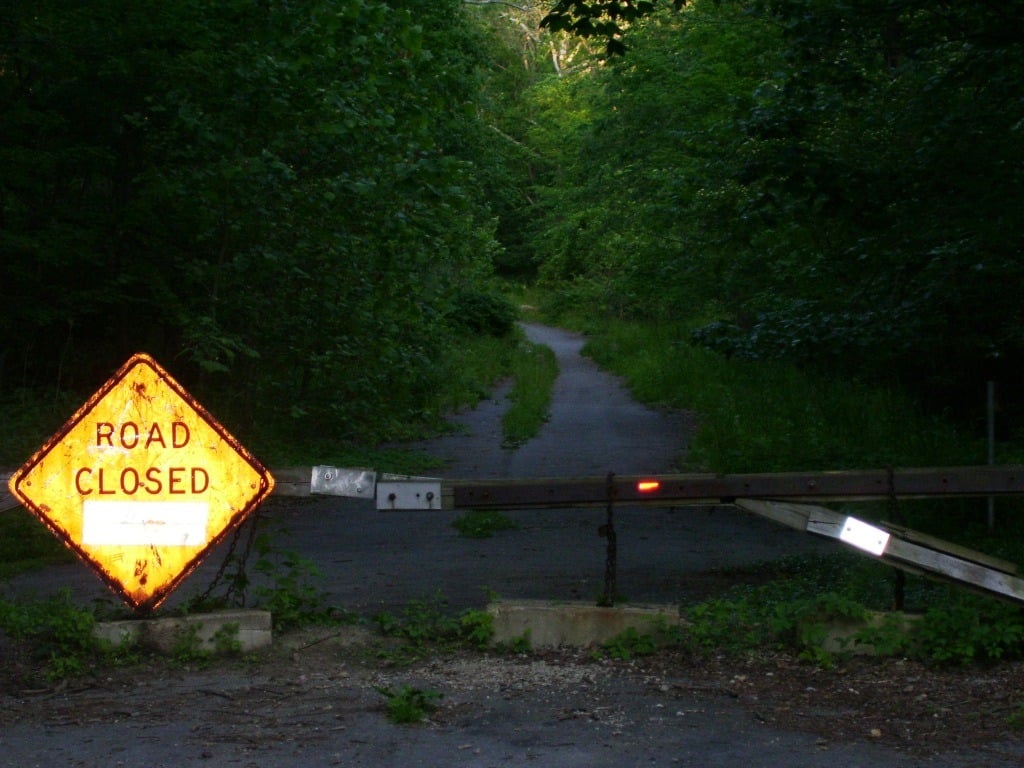 Most of the stories surrounding the area of Ohio known as Helltown are a little… shall we say, outlandish. Generally they’re understood to be fakelore — that is, manufactured folklore touted as authentic — so anything you might have heard about what used to be called Boston Mills? It’s not true. But the stories persist, so let’s take a look at them, shall we?

A road wends its way through Helltown, steep and treacherous, with a sharp and sudden stop. Officially it’s called Stanford Road — but it’s also known as the Highway to Hell, and it’s said to lead to the End of the World. A variety of stories cling to the lonely stretch of pavement; some say that the high number of fatal car crashes that have occurred on it are the work of some preternatural force, while others claim that robed figures or ax-wielding maniacs wait in the woods for unsuspecting drivers. An abandoned school bus once sat on the edge of the road, a reminder of the terrible fate that befell the children who once road it daily; it was removed years ago, although both their laughter and their screams may be heard whispering through the wind. Some even say that the “Road Closed” signs that wait at the street’s end mask the hidden lair of some… let’s call them less-than-savory people. Whatever is out there, though, only one thing’s for certain: You don’t drive on Stanford Road at night.

Like all small towns, Helltown has a church — but this church is never open for mass, no matter what time you get there. A man is said to live in the basement, guarding the church from outsiders; perhaps it is he who keeps the candles burning all night long. None have ever gotten a good look at him, though, as he refuses to allow anyone to see his face. Some say the church is decorated in crosses turned on their heads — the only hint as to the true nature of those who worship there. 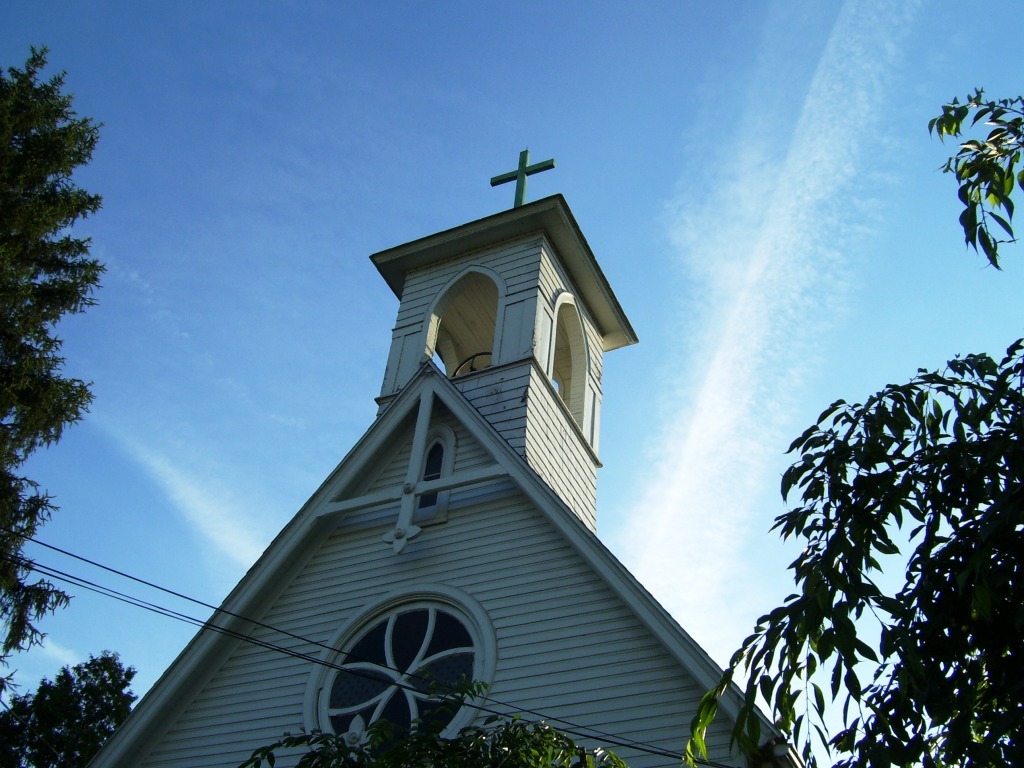 There’s a cemetery to go with the church, of course; the children who once road the abandoned bus live there now, six feet under and cold as the winter snow. They keep their company with a nameless spirit who sits on a bench, staring blankly into eternity (for when you gaze long into the abyss, the abyss also gazes back into you). The trees their move of their own accord… or perhaps of the accord of a puppet master or two.

There are buildings in Helltown into which one should never go. Some, like the old funeral home adjacent to the cemetery, have guards who will chase visitors away, should they get too close. Or is it not a funeral home at all, but a slaughter house instead? The candles that burn in the windows at night might draw your attention, but leave them — and it — be. A house in the woods, too, shines brightly at night; the light appears in the upstairs window, although no one is ever home. Beyond the “Road Closed” signs at the End of the World, however, lies a house which is most definitely occupied. The man who lives there — possibly with his family, though possibly without — drives a hearse with one headlight, and he does not take kindly to trespassers. The hearse might chase you, or you might chase it; in either case, though, it vanishes at the end of the road.

Should you venture too near Helltown at night, men in uniforms will ask you to move along. “Nothing to see here,” they’ll say, waving you onwards with a firm gesture and a stern glance. Whether this is because of the warnings of devilish activity or because the government has something to hide—a chemical spill, a town full of victims — remains to be seen… but either way, you should do as they say. It wouldn’t due to be caught in Helltown in the dark. 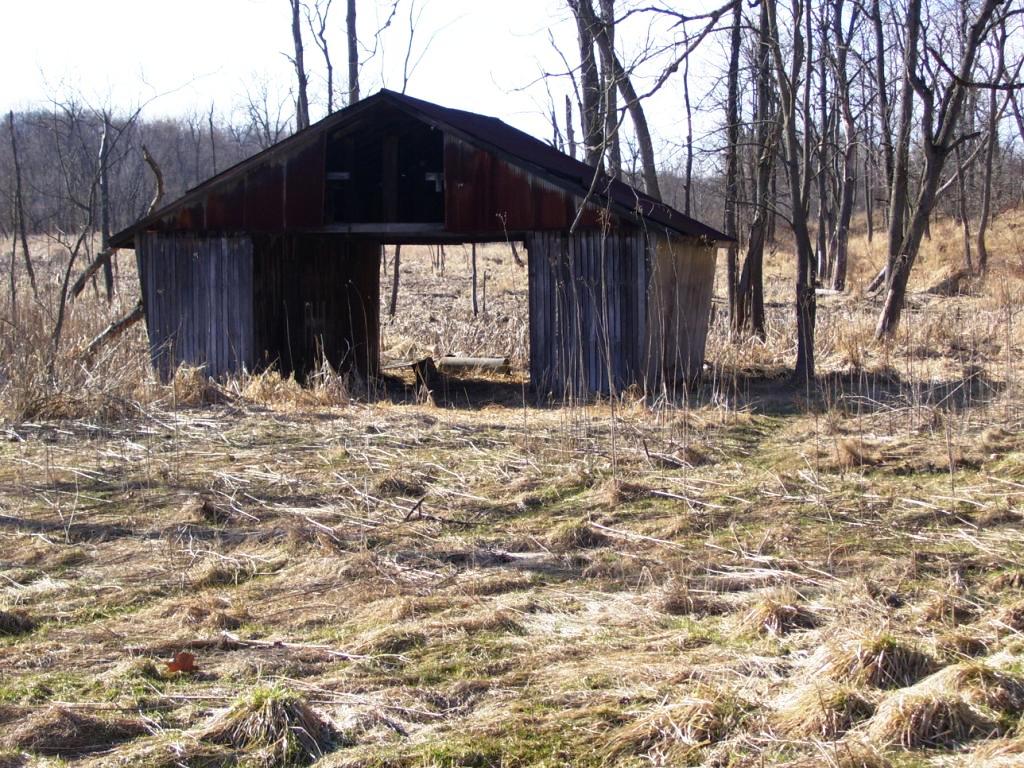 Many of the stories feature classic urban legend tropes, notable for the vagueness which offers just a hint of believability. They could take place anywhere, so why not here, in Helltown? But it’s roughly around the time we start talking about Satanists, cultists, chemical spills, and mutants that the legends start to fall apart. Ghosts of Ohio has the most comprehensive debunking of all the tales: There have been a number of traffic accidents on Stanford Road, although none of them have been caused by supernatural; the “Road Closed” signs don’t lead to a Satanist compound, though, and no serial killers have ever slaughtered children on their way home from school. The church is an amalgam of two in the area, although neither has been the sight of cultist or Satanic activity. The cemetery has no bench on which a ghost might sit, and Boston Mills never had a slaughter house. There is a house in the woods with a light always burning; it’s a youth hostel, and they’re open 24 hours a day to provide a warm and safe berth for travelers. A family in the area did once own a bus — they lived in it while they were renovating their home — and another once owned a hearse — which they only brought out at Halloween. And as for chemical spills? Nothing of the sort has ever been recorded.

The history — the real history — is as follows: The oldest village in Summit County, Boston Township was founded in 1806. Its first mill was built in the early 1820s, and by the time the railroad arrived in the 1880s, the area was well known as a paper mill town.

In the 1960s, however, forest preservation came to the fore, and in 1974, President Gerald Ford signed a piece of legislation that allowed the National Park Services to purchase land for the purposes of creating national parks. The land on which Boston Township stood was officially designated a National Recreation Area; as such, the government began buying up properties using the right of eminent domain. Landowners essentially had their property snatched out from underneath them, resulting in the forced relocation of many — and a huge swathe of suddenly empty buildings.

Those empty buildings and the “Road Closed” signs were all it took for the legends to begin.

You won’t find Helltown on any map, because truthfully, it doesn’t exist. But do the state of Ohio a favor and don’t go trespassing where you’re not supposed to. The stories are probably better in your head, anyway.