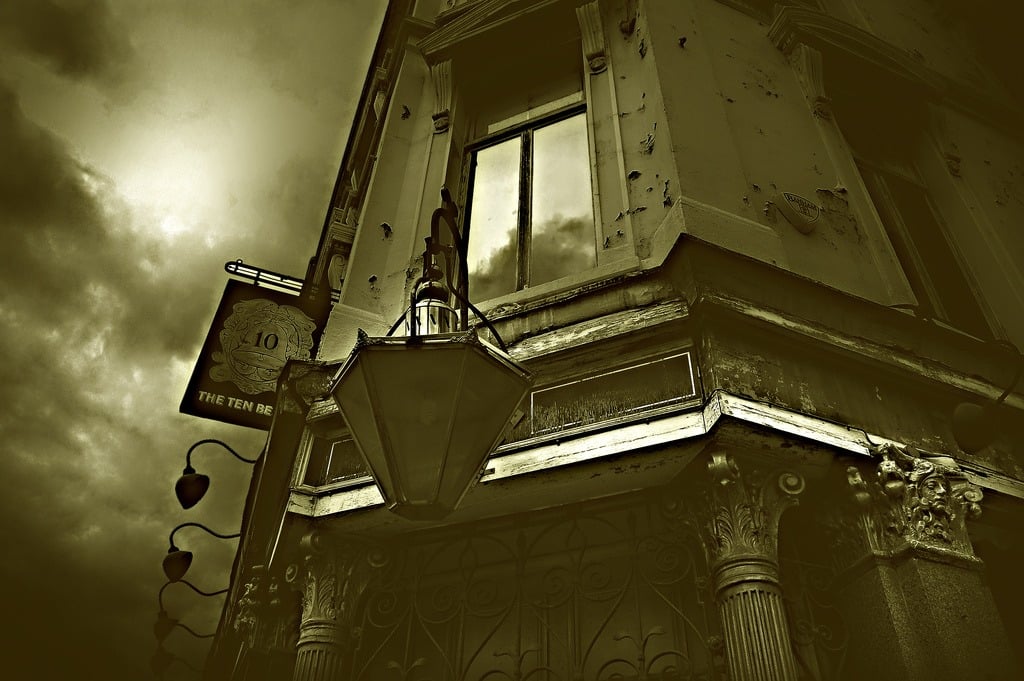 As you may have heard by now, The Daily Mail published a piece today written by someone claiming that he’s solved the mystery of Jack the Ripper’s identity once and for all. The proverbial finger points to hairdresser Aaron Kosminski, a Polish immigrant who was institutionalized first at the Colney Hatch Lunatic Asylum in 1891 three years after the conclusion of the Ripper murders, then at Leavesden Asylum in 1894. It’s a lengthy article, so I’ll send you on over there if you want to read the whole thing; for the curious, though, here’s the short version:

Russell Edwards, a 48-year-old businessman, bought a shawl supposedly found near the body of fourth Ripper victim Catherine Eddowes at auction in 2007. He didn’t have absolute proof that it was found near Eddowes’ body; he did, over, “[obtain] a letter from its previous owner who claimed his ancestor had been a police officer present at the murder scene and had taken it from there.” Edwards eventually handed the shawl over to Dr. Jari Louhelainen, a senior lecturer in molecular biology at Liverpool John Moores University who also occasionally works on cold cases for Interpol. When Louhelainen began running tests on the shawl in 2011, he found that there were a few types of stains on the fabric: Blood and semen. The age of the samples meant that it would impossible to extract DNA from them, but Louhelainen explained to Edwards that it might be possible to use mitochondrial DNA instead.

Edwards got in touch with Karen Miller, a great-great-great granddaughter of Eddowes who had apparently once been featured in a documentary about the Ripper; Miller agreed to supply a DNA sample, and when her genetic profile was compared with the six profiles Louhelainen managed to extract from the blood on the shawl, lo and behold, they were a perfect match. From these results, Edwards and Louhelainen believed they had proven the shawl conclusively to have belonged to Catherine Eddowes. They used the same technique on the semen, comparing the mitochondrial DNA pulled from it with that of a British descendant of Kosminski’s sister, Matilda. These profiles, too, matched. Edwards subsequently penned a book about the whole process; entitled Naming Jack the Ripper, it hits bookstores on September 9.

To be honest, I’m skeptical. Not of Kosminski’s guilt, necessarily — but of the methods used in this case to pinpoint him. The Independent points out all the reasons why we might want to take Edwards and Louhelainen’s “proof” with a grain of salt, with the biggest red flag being the fact that the study hasn’t been published in a peer-reviewed scientific journal. This means we can’t verify its claims or analyze the methodology. Furthermore, it’s entirely possible that the findings of the analysis are the result of DNA cross-contamination: Said the creator of the DNA fingerprint technique, Professor Sir Alec Jeffreys, to the Independent, “An interesting but remarkable claim that needs to be subjected to peer review, with detailed analysis of the provenance of the shawl and the nature of the claimed DNA match with the perpetrators descendants and its power of discrimination; no actual evidence has yet been provided.” And lastly, you all know how I feel about the Daily Mail. It’s not quite as bad as the Sun, but it’s enough of a sensationalist tabloid that anything that comes out of it warrants some extra examination — and cross-referencing with more reputable news outlets.

It’s worth noting that Kosminski is, in fact, one of the favorites as far as Jack the Ripper suspects go; but even so, I think we need a peer-reviewed study to verify the findings before we can comfortably say, yes, Kosminski did it. I’ve long since resigned myself to the fact that, much like Shakespeare’s identity, we’re never really going to know the answer to this one.

Maybe that’s just me, though. Thoughts?