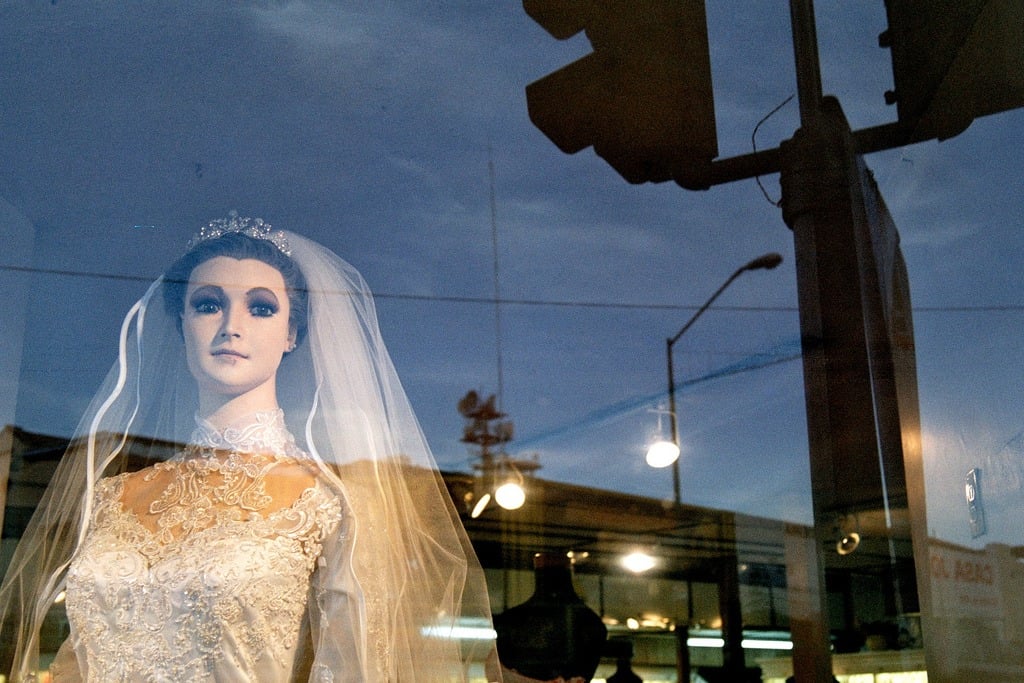 Appearance: Subject appears to be a store mannequin sitting in the window of the bridal shop La Popular: La Casa de Pascualita in Chihuahua, Mexico. Subject may or may not be the embalmed remains of La Popular’s original owner.

Additional notes: Rumors persist that subject is not a mannequin at all, but rather the preserved corpse of the daughter of the bridal shop’s original owner. According to these rumors, Pascuala Ezparza crafted a beautiful wedding gown for her daughter in preparation for her wedding. However, shortly before the wedding was to occur, the daughter was either bitten by a black widow spider or stung by a scorpion (accounts vary) and died as a result. Not long after this tragic turn of events, a mannequin — here identified as Subject — appeared in the window of the shop. Many were struck by the resemblance between subject and Ezparza’s deceased daughter, giving rise to the popular opinion that the “mannequin” was not a mannequin at all, but the remains of the daughter. Ezparza maintained that this was not the case.

Reports of a French magician said to have become enamored of subject, going so far as to stop by the shop each night and bring subject to life for a nightcap, have not been confirmed. Nor have reports been confirmed that subject’s eyes tend to follow targets passing by, or that subject periodically changes position of its own accord, or that subject sometimes “sweats.” It has been suggested that subject is not itself a corpse, but rather hides a corpse; this, too, remains unconfirmed. Funeral directors and morticians have noted that it is unlikely an embalmed body would last as long as subject has.

Subject’s attire is only ever changed behind closed curtains, and only by select few who have permission to do so. The reasoning behind this secrecy remains unknown.

The extraordinarily lifelike and realistic nature of subject’s hands has not been satisfactorily explained.

The Corpse Bride of Mexico.

A funeral director’s opinion on whether subject is an embalmed body.