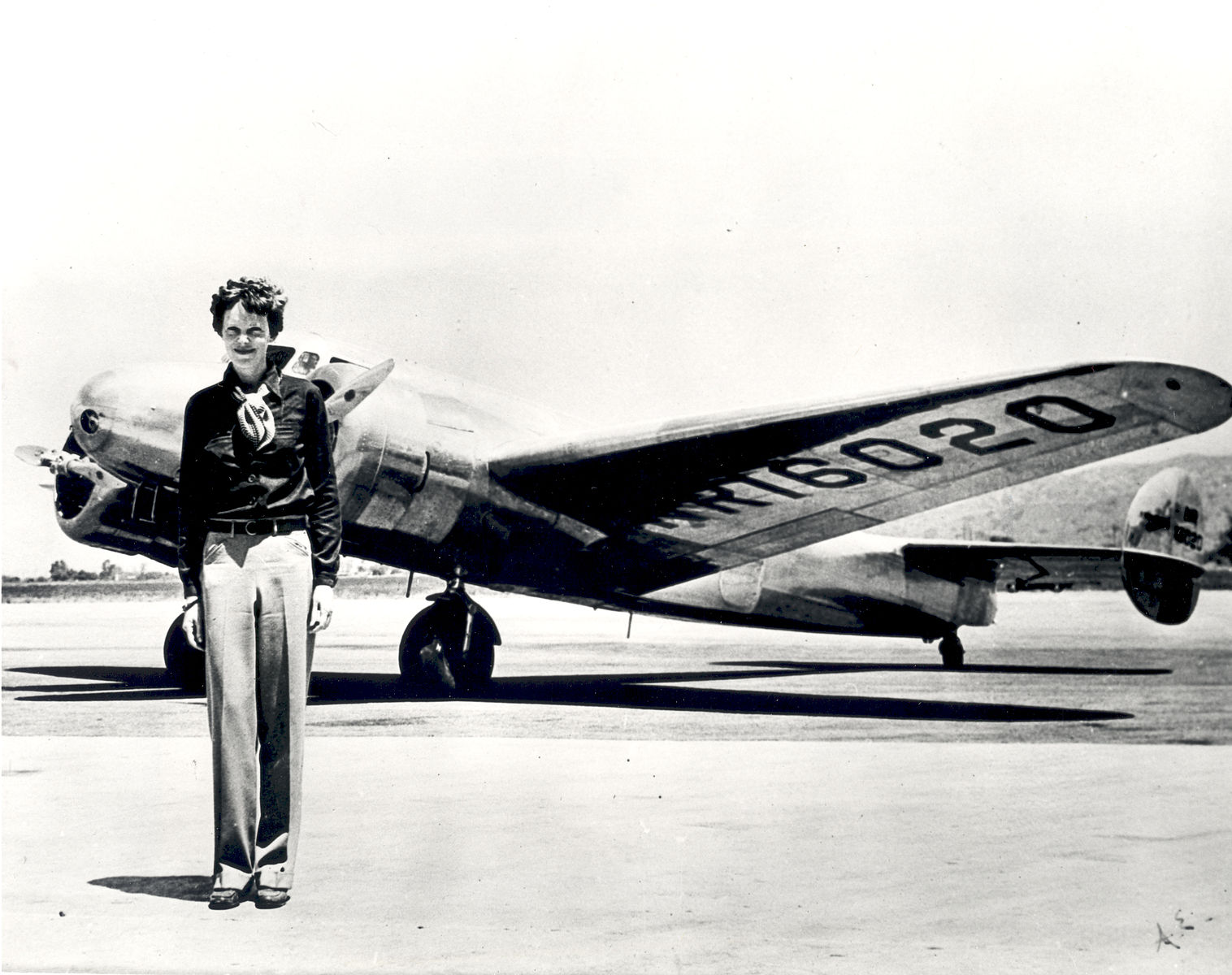 It’s a question that’s persisted for 80 years: What happened to Amelia Earhart? There are a lot of conspiracy theories to the contrary, of course, but the most widely accepted answer for exactly why she vanished during her last flight on July 2, 1937 is that she ran out of fuel, crashed, and perished, never having been found or rescued. However, a team of documentary filmmakers have unearthed a photograph believed to have been taken in 1937 that suggests Earhart and her navigator, Fred Noonan, may have actually crash landed in the Marshall Islands — and survived.

According to NBC News, the photograph, which was found in the National Archives, is marked “Jaluit Atoll” — Jaluit Atoll being one of the 29 coral atolls that make up the Marshall Islands in the Pacific Ocean. The image depicts a group of people gathered on a dock and surrounded by boats, one of which is a Japanese ship called the Koshu towing a barge. On the barge is an object that looks to be about 38 feet long — which, incidentally, was the length of Earhart’s plane, a Lockheed Electra 10E.

Oh, and the people? One of them is a man who looks like Noonan. It’s his hairline that makes the most convincing argument; said facial recognition expert Ken Gibson to NBC News, “The hairline is the most distinctive characteristic. It’s a very sharp receding hairline. The nose is very prominent.”

And another one of the people — a woman with short, dark hair who’s wearing trousers, sitting on the dock with her back to the camera — that’s suspected to be Earhart herself.

[EDIT 11/11/2017: Originally I had a tweet from the History Channel’s Twitter account embedded here; I’ve had to remove the embed and replace it with a screenshot of the tweet via the Wayback Machine, because — somewhat hilariously — the original tweet has been deleted. I suspect the deletion occurred sometime after the photo was debunked.]

The theory is that the Koshu took her to Saipan, which served as a naval base for the Japanese during the Second World War, where she later died. If the theory can be proven true, then it means that all those conspiracy theorists who insist that Earhart was a spy who was shot down by the Japanese and imprisoned on Saipan, finally meeting her end either via execution or dysentery, may be at least partially vindicated; we don’t have proof that she was a spy or shot down, but even if she simply ran out of fuel, the rest of the theory isn’t too far-fetched. If anything, it’s a lot more believable than the idea that she was captured, rescued, brought back to the United States, and then lived out the rest of her days under the name Irene Bolam until her death in 1982.

But… I don’t know, you guys. I’m skeptical; I think there’s (literally) more to the picture than meets the eye. The timing of this information’s release is, of course, almost certainly intentional; the documentary filmmakers who found it have the full fruits of their labor, a special called Amelia Earhart: The Lost Evidence, set to air on the History Channel just a few days from now on July 9 (almost 80 years to the day of Earhart’s disappearance). For that reason, I can’t help but think that there’s probably much more to the photograph and its context than we’ve been told so far: The release of the info looks very much like it was done to drum up interest in the special, and if that’s in fact the case, then there would be no point in revealing their full hand right this very minute — we’d have no reason to tune into the special if they did.

But it’s an intriguing development all the same. As is the case with many unsolved mysteries, I’m not convinced we’ll ever truly figure out exactly what happened; we can keep making our best guesses, though, and the beauty of living in our current day and age is that we have a whole boatload of technological resources at our fingertips that can help us get ever closer.

The truth, as they say, is out there.

UPDATE 7/13: The plot thickens; the debunking begins. Skepticism is well-founded.

[Photos via Wikimedia Commons; History/Twitter via the Wayback Machine]