It’s been one of the great unexplained space mysteries for decades: A sequence of six numbers and letters which, when taken together, represent a radio signal so astonishing that the first word that came to mind to the astronomer who discovered it was simply, “Wow!” That’s what Jerry Ehman wrote in the margin of the data sheet on which the sequence had been recorded — and now, it seems the Wow! signal may have finally been solved.

Alas, though, if this new explanation is correct… well, you might want to brace yourself for some disappointment: It’s not aliens.

First recorded on Aug. 15, 1977, the Wow! signal was originally detected by the “Big Ear” radio telescope at Ohio State University as part of the Search for Extraterrestrial Intelligence project — or SETI, as it’s more commonly known. In the ‘50s, physicists Philip Morrison and Giuseppe Cocconi had theorized that, if intelligent alien life were to attempt to send a signal to Earth, it would probably be via radio transmission and probably at a frequency that would indicate a knowledge of math and chemistry. Since hydrogen is the most common element in existence — and since it resonates at a specific very rate (1420 megahertz) — that’s what they figured we should be looking for: A loud, attention-grabbing signal coming in at around 1420 MHz.

That’s pretty much exactly what the Wow! signal is. When Jerry Ehman was going over the data recorded by the Big Ear in the days following Aug. 15, he spotted it: A signal of about two and a half minutes in length coming in at 1420.4556 MHz from somewhere around the Sagittarius constellation, near the star group Chi Sagittarii. The sequence of letters and numbers on the data sheet — 6EQUJ5 — indicated the shape of the signal, which, again, was in line with what Morrison and Cocconi had predicted. Ehman was so struck by it that he circled the sequence in red pen and wrote “Wow!” next to it.

The signal has never been detected again. 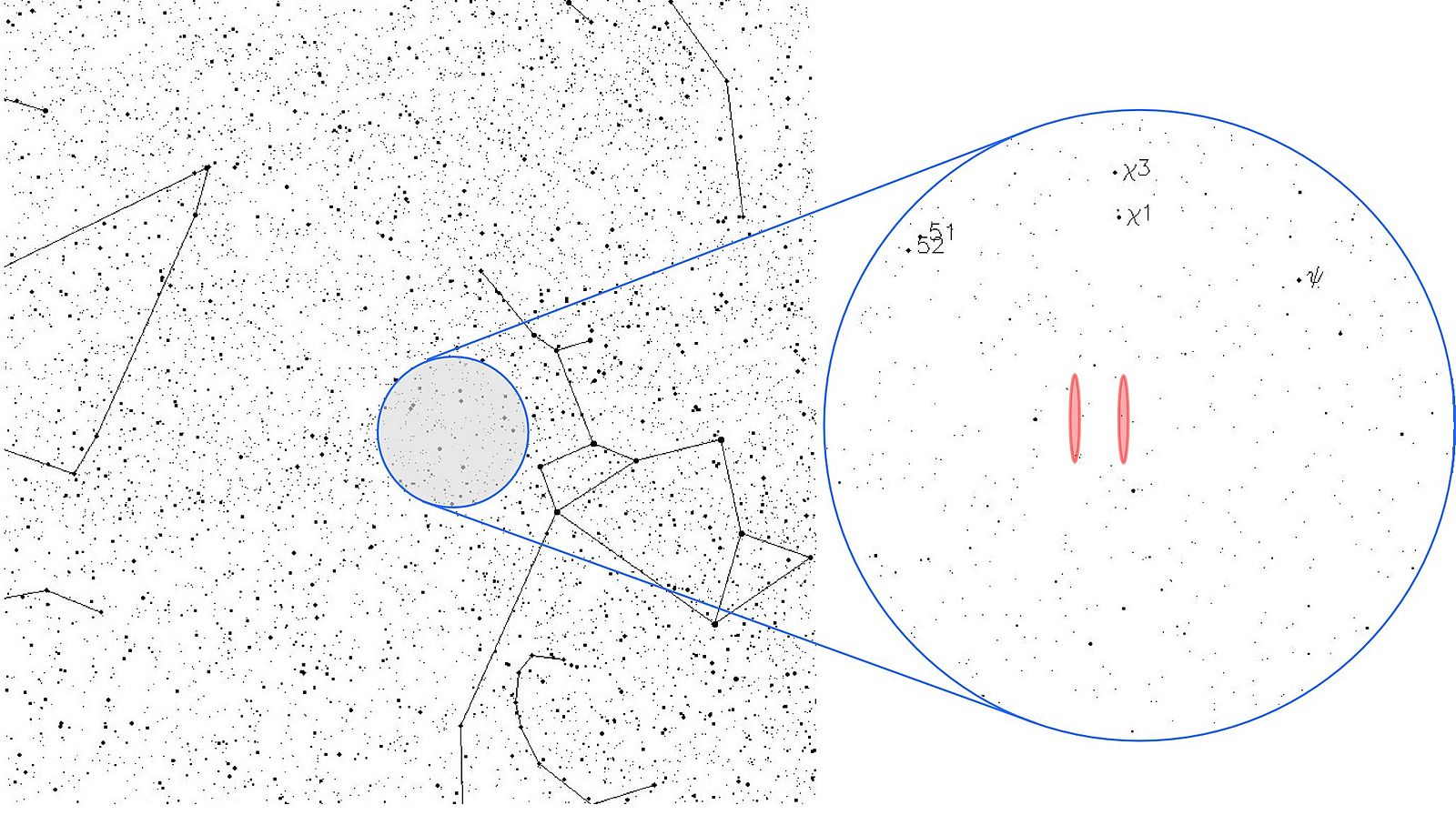 Star chart showing the location of the Wow! signal.

Antonio Paris, who is an adjunct professor at St. Petersburg College in Florida, has been studying the Wow! signal for some time. In 2016, he released a paper proposing a possible source of the mysterious radio signal — comets. After tracking one possible comet with a telescope for several months in late 2016 and early 2017, he now says he’s discovered signals similar to the Wow! signal.

Paris, who says he was once an analyst for the U.S. Department of Defense, told The Guardian at the time he initially proposed his idea, “I have this investigative background, so I approached the ‘Wow!’ signal as I’m going back to the crime scene.” He continued, “It’s a cold case, so I went to various [astronomical] databases to find culprits or suspect that were at this crime scene at the time.” What he found was two comets — comets that hadn’t yet been discovered on the day the Wow! signal first appeared. 266P/Christensen and 335P/Gibbs were discovered in 2006 and 2008 — but apparently they were both near Chi Sagittarii at the time the Wow! signal was recorded.

Why do these comets matter? Because they’re surrounded by sizeable clouds of hydrogen — which, you’ll recall, was what Morrison and Cocconi believed we should be looking for in order to detect intelligent life that might be reaching out to Earth. What’s more, according to Popular Mechanics, Paris found the same kind of hydrogen cloud around other comets similar to 266P and 335P — hydrogen clouds which are capable of emitting the same kind of signal as the Wow! signal.

Boring? Maybe. But it’s a compelling explanation, even though, as an earlier Popular Mechanics piece from 2016 noted that Paris is something of a polarizing figure in the scientific community.

Paris is not, of course, the only person to have pursued the mystery of the Wow! signal since its initial discovery; amateur astronomer Robert Gray, who has been one of the signal’s most dedicated researchers, published a book in 2012 tracking everything he knew about the Wow! signal so far. There have been a lot of disagreements over the years about the Wow! signal, and I’m sure that Paris’ findings will similarly have both its supporters and its opponents — but it’s fascinating all the same.