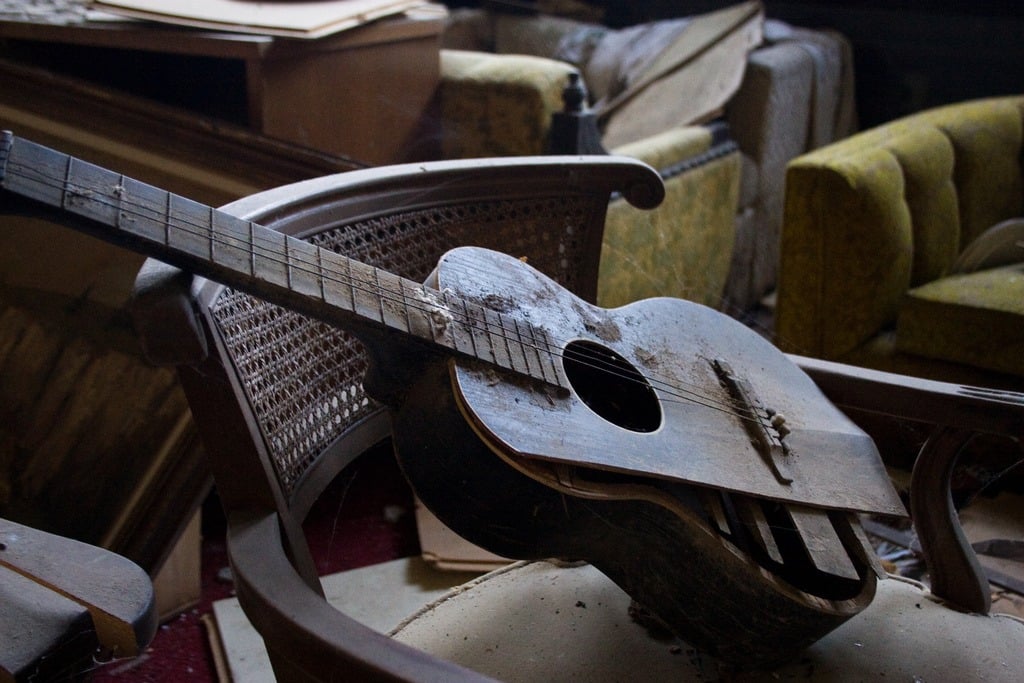 Tracking down what I believe to be the origins of the Dark Music ritual was… an adventure. I’ve found it in a few random places on the internet: A version was posted on Wattpad on March 3, 2014, for example, as well as on Quotev “five months ago,” which was roughly October-ish at the time of this writing; a seemingly abandoned blog called Queen of Scare also posted it in March of 2014, just about a week after the Wattpad version appeared, so it would be reasonable to assume that there’s some kind of connection in the timeline there, too.

As I traced it back, though, the most fruitful trail I found was this: Whispering Dark posted a version on Jan. 17, 2015, crediting a cite called Blah Since I Know. The link from Whispering Dark to Blah Since I Know, though, just goes to the homepage, rather than the specific post with the game in it, so you’ll have to perform a search on the site to dig it up. The Blah Since I Know post that does contain the game is dated Aug. 23, 2013, where it credits the Hide and Go Kill Wikia — a wiki geared towards chronicling creepy games, although I found it sadly sparse. If you go into the edit history of the game on Hide and Go Kill, you’ll find that it was first uploaded on March 13, 2012 by StormingThornX.

That’s where I lost the trail, so I’m assuming that that’s where the game begin — which means it’s likely one that’s less a descendant of actual folklore and more just something someone made up on the internet for funsies.

What’s sort of interesting, though, is that the version currently on the Hide and Go Kill Wikia is quite different from the original version (which, again, you can see if you go into the edit history of the game’s Wikia page). The major change seems to have happened on March 22, 2014, made by a user going only by a sequence of numbers as their name. The version that’s on Whispering Dark, Blah Since You Know, and all the other websites this game is floating around on seem mostly to take their cues from the original version, though, as they all feature a hawk feather and ink rather than a pencil, as well as a much simpler closing ceremony.

So, what I’m saying is, the evolution of this one since what I believe is its beginning has been… interesting.

Is it possible that one of the many variations will work better than the others? Maybe. But maybe it just depends on what you’re looking for personally when you start it.

Here’s the version I think is the most useful.

Variations on a Theme:

Some versions of the ritual instruct players to begin at specific times. According to one, you must be in your hiding place before midnight; that is when the concert begins, and it is rude to be late. According to another, you may begin anytime between 11pm and 4am. Choose your time wisely.

Some versions of the ritual do not include the salt line. It is not recommended that you perform these versions; the salt line is a failsafe, and it would be rather foolish to play without it.

Some versions of the ritual require an audio recorder and headphones. It is unknown why a live concert would require these items to hear.

Some versions of the ritual require not just a place to hide, but also a thing in which to hide. A dark colored blanket is often recommended for this purpose.

Some versions of the ritual have only one coda option. These versions instruct players to end the ritual on their own time, rather than the spirit’s, and to do so by taking in a mouthful of salt water and spitting it on the floor by the instrument. The safety of this version seems somewhat suspect.

If you performed the first coda, you may watch the recording at your leisure.

If you performed the second coda, it is strongly recommended that you do not watch the recording and/or that you destroy it.

No matter which coda you performed, DO NOT UPLOAD THE VIDEO TO THE INTERNET. The spirit doesn’t take kindly to those who try to profit off of its private performances.