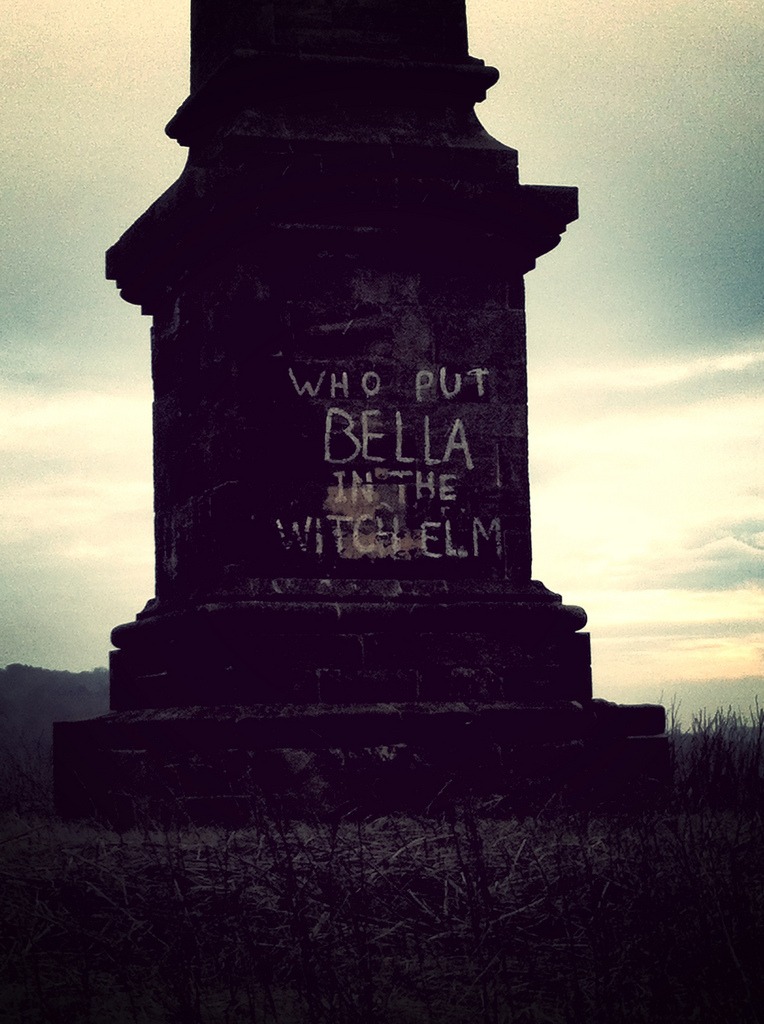 Unsolved mysteries fascinate us, largely because the more time that passes, the less likely it is we’ll ever learn the truth about what happened. In “Unresolved,” I’ll be taking a look at unsolved cases from around the world. Let’s start by asking a question: Who put Bella in the Wych elm?

The morning of April 18, 1943 dawned like any other for four boys from Stourbridge, a village in Worcestershire in the UK. The boys – Robert Hart, Thomas Willets, Bob Farmer, and Fred Payne – intended to have themselves a little poaching adventure in Hagley Woods; owned by Lord Cobham, the woods make up part of the 350 acres included in the Hagley Hall estate. Upon finding a large Wych elm, Farmer began climbing the tree in search of a possible bird’s nest from which the boys might filch some eggs. As he climbed, however, he happened to glance down into the tree’s hollow trunk. At first, he thought what he saw in the hollow was an animal skull – but after a closer inspection, he realized it was no animal.

It had hair and teeth.

But what could they do about it? Going to the authorities would reveal that they’d been on Lord Cobham’s lands illegally, which all them agreed wasn’t really option. So Farmer quietly put the skull back, and the four boys returned home. They did not bring up their discovery to either their friends or family.

The secret didn’t stay secret for long, though. Tommy Willets was the youngest of the boys; perhaps due to his age, he felt increasingly unnerved by the skull in the tree and eventually told his parents about it. Police were summoned to check the tree, in which they found not only a skull, but also an entire human skeleton, a shoe, a gold wedding ring, and some scraps of fabric. Buried in the ground near the tree was a severed hand.

Forensic examiners established that the skeleton was female and approximately 35 to 40 years of age at the time of her death. The evidence suggested overwhelmingly that she had been murdered; a piece of taffeta was found in her mouth, indicating that she had likely been asphyxiated. She had likely been stuffed into the tree relatively soon after her murder, as she would not have fit into the trunk once rigor mortis had set in. The skeleton was roughly 18 months old, putting her time of death around October of 1941.

Hoping to identify the victim by her teeth, the police contacted every dentist they could to no avail. Neither did she appear to be any of the recorded missing persons from the area.

Six months passed, and still, police had failed to identify either the victim or her killer. That was when the graffiti started to appear:

The message first appeared in 1944 on a wall in Upper Dean Street, Birmingham, written in white chalk. It continued to pop up across the region, evolving as it went until it finally settled on today’s standard: “Who put Bella in the Wych elm?” But although police attempted to find the graffiti artist, the lead was a dead end. Neither were they able to pin the name “Bella” on anyone who might possible have been the woman in the tree.

Over the years, theories piled up; so, too, did more instances of the graffiti, with the most recent appearance of the phrase being in 1999, sprayed onto the side of a 200-year-old obelisk on Wychbury Hill. Some have claimed Bella to have been murdered in an occult ceremony; others that her death was connected to a German spy ring involving a British officer, a Dutchman, and a music hall performer; and still others that she was a Nazi spy herself named not Bella, but Clarabella. According to writer Donald McCormick in his now out-of-print book Murder by Witchcraft, Clarabella was supposed to have parachuted into the West Midlands in 1941, only to disappear shortly thereafter.

Although McCormick’s theory, penned in 1968, was unsubstantiated by hard evidence, The Independent, following up in 2013, unearthed something that may lend the air of truth to his claims: The declassified file detailing the interrogation of a Gestapo agent named Josef Jakobs. Jakobs parachuted into Cambridgeshire in January of 1941, after which he was arrested by the Home Guard. He carried with him a photograph depicting a woman he said was a German cabaret singer and actress. Her name? Not Clarabella, but Clara Baurle.

According to Jakobs, Clara had been his lover; they had met in Hamburg, where she regularly performed at the Café Dreyer. After being recruited as a secret agent for the Nazis, she was in fact scheduled to parachute into the Midlands after Jakobs had safely integrated himself in Cambridgeshire. Obviously that never happened, as he had been captured; but if all had gone to plan, Clara was to have arrived in the spring of 1941.

She had been born in Stuttgart in 1906. She was 35 years old. And she spent two years before World War II performing in the music halls of the West Midlands, giving her English a Birmingham accent.

But whether Bell in the Wych elm really is Clara Baurle might not ever be determined. Although the police have admitted that there would be some merit in performing DNA testing, they can’t can’t actually do any for one simple reason: No one knows where her remains ended up. After her initial post-mortem, she wasn’t buried by the local police; instead, she went to one of the pathologist’s colleagues at the University of Birmingham for further tests. From there, she vanished from record, leaving us still asking the question:

Who put Bella in the Wych elm?

Bella in the Wych Elm: A Midlands Murder Mystery.

Who Put Bella in the Wych Elm?

Atlas Obscura: Who Put Bella in the Witch Elm?

Is This Bella in the Wych Elm? Unraveling the Mystery of a Skull Found in a Tree Trunk.