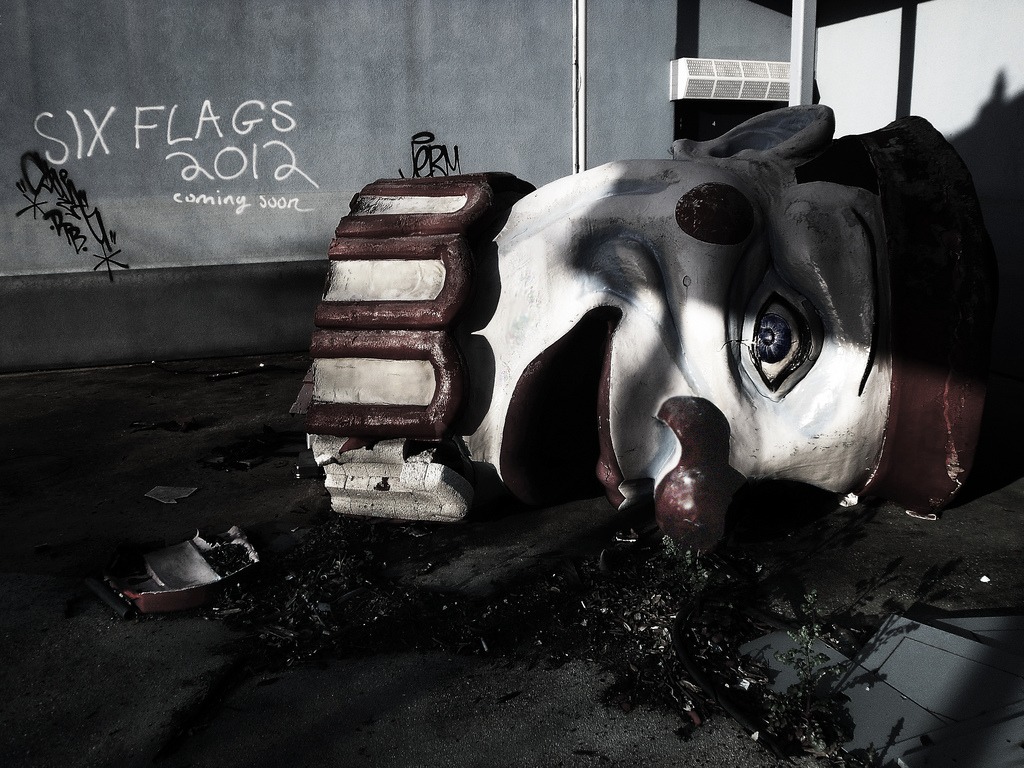 There’s something about abandoned places that I find utterly fascinating. They don’t always have literal ghosts (although sometimes they do); rather, they’re haunted by something else: The specter of what they once were. I’m too chickenshit to do any urban exploration myself – I’m clumsy enough that I’d probably get caught – but I have great respect for people who do. I also love the fact that they’re often willing to share their photographs from their excursions.

So, in a feature I’m calling “Abandoned,” we’ll be exploring some of the world’s most stunning abandoned places. First up: Six Flags New Orleans.

If Pacific Playland, the amusement park at which the 2009 film Zombieland culminates, were a real place, it would probably look something like the remains of Six Flags New Orleans.

Originally opened as Jazzland in 2000, the park was purchased by Six Flags in 2002 and reopened in 2003 as Six Flags New Orleans. Plans for an expansion that would have added a water park were in progress in the summer of 2005; alas, though, it was not to be.

On August 26, Hurricane Katrina’s impending strike was announced, resulting in the cancellation of Six Flags New Orleans’ regularly scheduled openings on the 27th and 28th. Although preparations were begun to be made to help the park weather the storm, the first-ever mandatory evacuation in New Orleans history put a halt to them on the morning of the 28th.

The storm left the park under seven feet of brackish water for over a month; the wind and water damage were later determined to be so severe as to force it to close indefinitely with no plans to reopen. The park’s last day of operation was on August 21, 2005.

Although numerous attempts have been made in the decade since Katrina to redevelop the park, nothing has come to fruition. It has, however, become a popular site for urban explorers and photographers; they risk being caught trespassing every time they go there, but the photographs that they’ve taken on their adventures are nothing short of astonishing. Hauntingly beautiful, they capture the sort of melancholy that can only be found in a place given up as a lost cause.