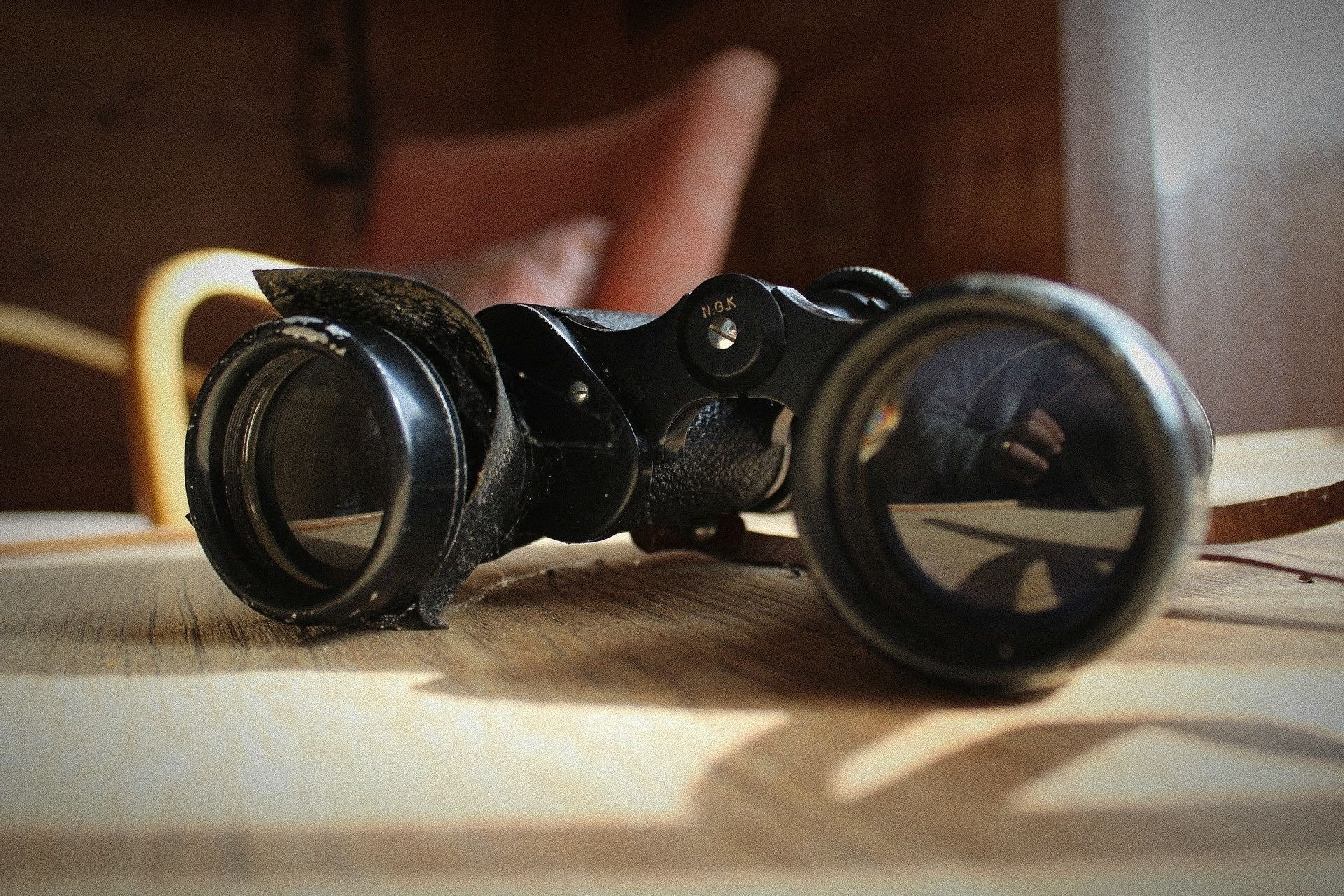 Previously: How To See Your Future In A Mirror.

Note: Please don’t copy, paste, or otherwise republish the text of this post elsewhere without permission.

As far as I know, the ritual game Eye Spy, which is also sometimes referred to as the Binoculars Game, appeared on the internet for the first time on the r/NoSleep subreddit in 2013. It’s circulated a bit since then — it pops up on Quotev from time to time, for example, and it appears on a few non-English language sites — but much of its origins remain unknown. We can’t even ask the Redditor who posted it on NoSleep about it — they’ve deleted their account. The Reddit post isn’t archived on the Wayback Machine, either, so I’ve been unable to dig up anything about this mysterious, deleted Redditor through my usual channels.

For what it’s worth, the original Reddit poster said they found the rules to the ritual in “a creepy book has been passed around my family.” They wrote that they hadn’t tried to play the game, but that the text that followed in their post was taken directly from the book. Some things to think about with regards to that backstory: The stories on NoSleep are generally fiction, even if they operate under the rule, “While you’re here, everything is true”; however, it’s not unheard of for actual true stories to make their way to the sub (the Smiling Man, for example), so it’s possible that the original poster’s setup — that they found the ritual in a book that’s been passed around their family — could, in fact, be the origin of the game, rather than a fictional backstory.

We have no way of knowing, though, so… do with that what you will.

For the curious, the children’s game with which this ritual shares its name — I Spy With My Little Eye — is actually a fairly recent invention: According to the Phrase Finder, one of the earliest references to it only dates back to 1937. At that time, it appeared in an article published by the Canadian newspaper the Winnipeg Free Press. Binoculars, however, are much older: Their development is closely tied up with that of the telescope, with the earliest records dating back to 1608. The credit for their final invention usually goes to J. P. Lemiere; that device was developed in 1825.

Also of interest: The figure summoned by this game seems to have a few things in common with the Midnight Man. Just, y’know… worth noting.

This game must be played in a house. If you do not live in a house, find one to use if you wish to play this game. Do not attempt to play it in any other building than a house.

However, even if you do live in a house, it may be wise to find a different one in which to play this game. Do you really want him to know where you live?

You may use candles and matches or a lighter as your sources of illumination, but it is NOT recommended to do so. Live flames are… unpredictable.

During The Main Event, repeat Step 3 as many times as necessary. If you visit each window once without seeing him, start again, revisiting each window in turn. Look quickly, but look carefully.

You MUST find him before he gets too close.

It’s frequently said that the partner is required only for comfort — to provide the principal with a companion so that they feel less alone while undertaking this ritual. The rope, it is said, is meant to keep them safe. It’s more dangerous outside the house than it is inside it, you see; should they panic for any reason, the rope will prevent them from running outside.

However, it is possible that the partner serves a different purpose.

It is possible, for example, that the partner is intended as bait.

Why else would you need to tie them up?

Please don’t plagiarize this post. Linking to it or sharing the URL is fine (and encouraged!), as is writing your own unique version of the game, but copying/pasting, republishing, or otherwise reproducing the text of this piece in its entirety or near-entirety without permission isn’t.