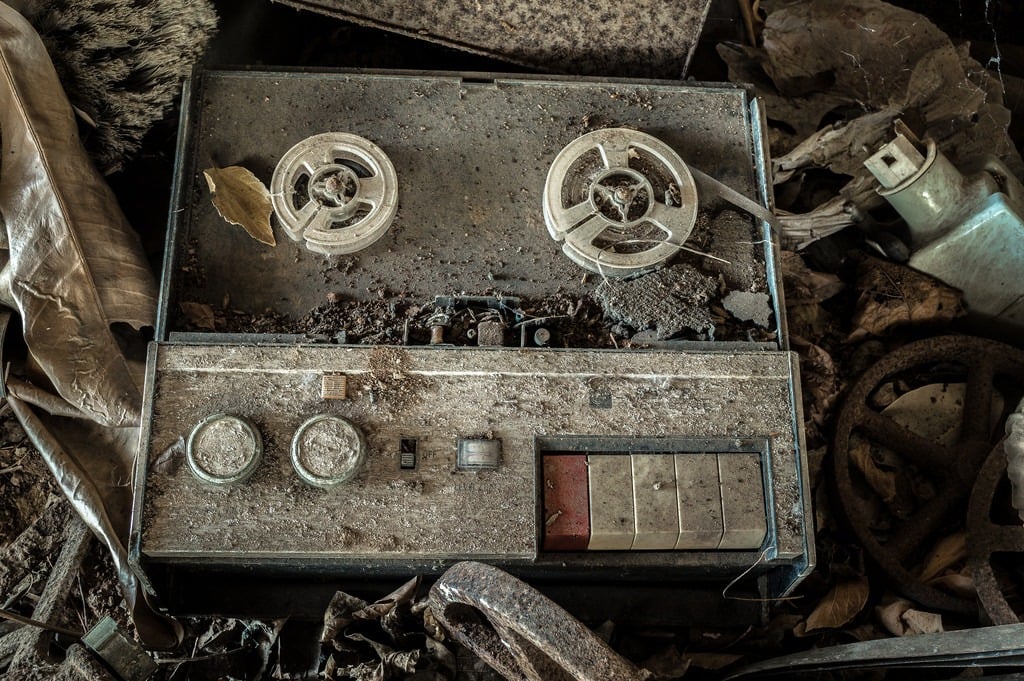 Previously: The ‘Rabbits’ Podcast Wants To Play A Game With You.

It’s not often spoken of — not aloud, at least — but in some circles, and in some of the darker corners of the internet, you’ll hear… chatter about it. It’s a game, of sorts. A puzzle. A challenge. Although its current iteration surfaced sometime around the late 1950s, it’s believed to date all the way back to the ancient world. Frequently, the game is called Rabbits, although that’s not its real name. As far as we know, it doesn’t have a real name.

There’s a prize, of course, although it’s more than just a trophy or bragging rights. The prize is power — real, actual power.

But that power comes at a cost. The price of admission for this game is steep — and I’m not talking about money.

So: What would you do if you found out someone you cared about had anted up?

That’s the premise of the podcast Rabbits: Radio producer Carly Parker’s friend Yumiko Takata has vanished, and Carly suspects her disappearance may have had something to do with this game. In the month since Carly first heard about the game, she’s managed to put together a fairly comprehensive idea of what it actually is through a intense investigation; now that the police have pretty much abandoned the case, Carly is attempting to get down to the bottom of the mystery herself. She’s determined to find Yumiko, and the podcast will document her progress.

Do I dig the setup? Heck yes. If I had to classify the game, I would describe it less like the ritual pastas we talk about a lot here on TGIMM and more like an alternate reality game, something similar to Cicada 3301, or even a version of the wacky situation we see in the 1997 David Fincher film The Game. And that? Is super cool. The whole thing is a weird mystery, and I love weird mysteries.

But I’ll be honest: As an introduction, I don’t think the first episode of Rabbits, called “Game On,” is as strong as it could have been. That isn’t to say that it doesn’t have promise; I’ll definitely be sticking with it to find out where it goes. But I’m hoping that what felt like relatively glaring flaws in the writing turn out to have been done for very, very specific reasons — preventing the series from tipping its hand too early, that kind of stuff. Because otherwise, the payoff might end up being a little weak.

My biggest issue was this: The first 21 minutes — 21 minutes! — are pure exposition, and from a storytelling perspective, that’s just not a terribly active way to set the scene. Carly spends the time walking us through the history of ARGs, the history of Rabbits itself, the rules of the game, and Yumiko’s missing persons case, basically filling us in about everything she’s found out through research and reporting so far. But although her words tell me the stakes are high, I don’t get a feeling of urgency from how they’re conveyed — I’m hearing someone tell me that something is dangerous, rather than experiencing something that inspires that sense of danger directly in my own gut. It’s like having someone you care about tell you what going bungee jumping is like versus actually witnessing that person jump off a cliff with nothing but an oversized rubber band to stop them from plummeting to a horrible, messy death.

I also don’t have much of a sense of who Yumiko is and what she really means to Carly. Again, it’s an issue of telling versus showing: Carly has told us that Yumiko is her best friend, that they grew up together… but I don’t really feel the connection between the two of them yet, that bond of shared history which would drive a person to dive into a potentially dangerous underworld in order to help someone they hold dear. I can’t feel how Yumiko’s absence is affecting Carly because Carly hasn’t given me a meaningful idea of what her life was like when Yumiko was actually in it. And without that connection, it’s hard to feel invested in either Carly’s or Yumiko’s story.

To me, part of the issue with Rabbits’ first episode is the writing itself; the prose is very passive. But a large part of it is also structural, which I think is where the bigger problems lie. There’s a clear break in the first episode: The first half is exposition, an extended “Previously on…” segment meant to catch us up to where Carly is at in her investigation now; meanwhile, the second half begins to delve into the action, showing us Carly working on her feet as she actually, y’know, investigates. And the second half really picks up! While the first half plods along, the second rolls, picking up steam as it goes and concluding at a place that genuinely encourages us to tune back in to find out what happens next.

Getting to that second half, though, might be a struggle for many listeners.

In contrast, I went back and re-listened to first episode of The Black Tapes Podcast. I remember falling utterly under its thrall when I first tuned into it back in 2015; the weekend I discovered it, all I wanted to do for those two days was build a pillow fort, hide out in it, and power my way through every single episode. And exactly why I felt that way became readily apparent to me when I loaded up that first episode again. 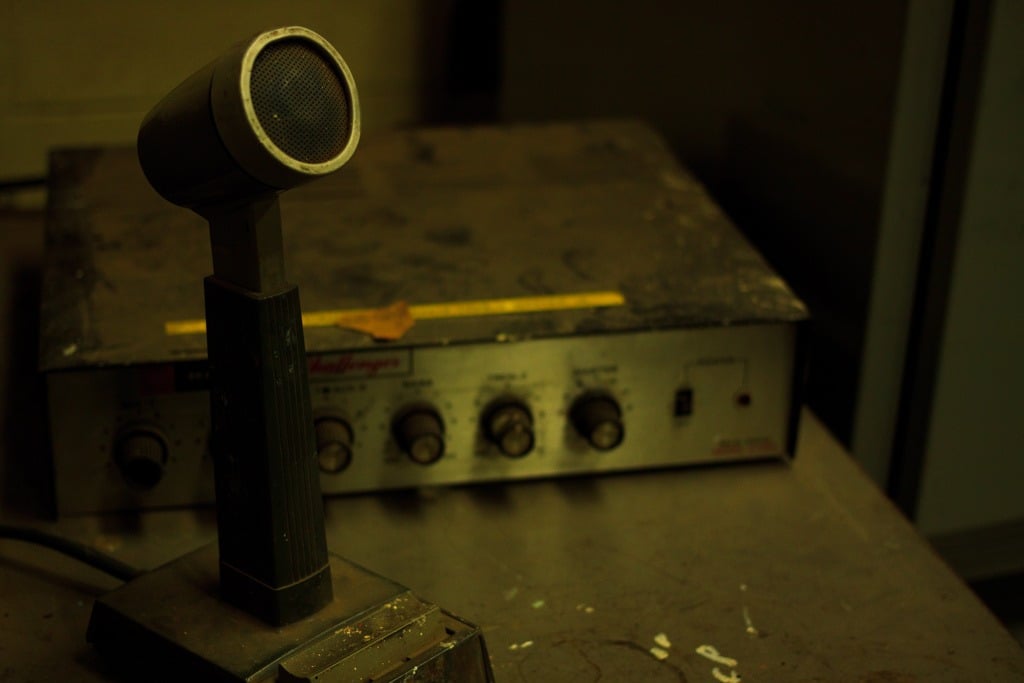 Right from the beginning, The Black Tapes launches us into the story. The opening narration is brief — less than 30 seconds (and again, we’re comparing that to 21 minutes at the start of Rabbits) — and Alex uses it to paint a vivid picture: What it feels like to gather together with a group of fellow humans and tell ghost stories to each other in the dark. Then the episode moves straight into the first interview, with the episode continuing apace from there.

The main takeaway is this: Rather than spending the entire episode telling us about why she’s decided to focus the podcast as she has, Alex brings us with her along the journey of realizing what she needs to do with the project. Sure, we know that she isn’t experiencing everything we’re listening to right at the moment we’re listening; because of the journalistic format of the podcast, we know that by the time we start listening, Alex has already done her reporting and assembled the results for us into a complete episode. Still, though, the way that first episode is put together, the effect is more like we’re riding alongside Alex, existing in the moment with her as she does all that reporting — conducting those interviews, going on the ghost hunts, all that good stuff — discovering it all at the same time she does.

I wonder what might have happened had the first episode of Rabbits opened not with all that narration, but with, say, part of the recording of the “Prescott Competition Manifesto” — said, according to Carly, to be one of the few records that exist in the world documenting the game of Rabbits. Imagine the clunk of a vintage tape player, the slightly distorted sound of an old recording being played back, and the words of the manifesto itself — that strange document, found in a laundromat in Seattle in 1959 (not unlike Calgary’s Gideon Keys), labeled only with the word “Manifesto” and emblazoned with the image of a rabbit — sitting heavily in the air, rife with obscured meaning:

Step through the gates of life and hell.

The Wardens watch and guard us well.

You play… and pray you never tell.

(It seems that Rabbits is something like Fight Club in that you don’t talk about. Ever.)

Now that’s an opening. I mean, yes, I’m a sucker for stories that begin in medias res — but wouldn’t that alone have made you want to find out more? I know it would have for me.

On the one hand, I understand why Rabbits spends so much time talking about what Carly has been working on so far right at the beginning of the first episode: It’s helpful information to know going into the whole thing, a primer for all that’s to come. But I feel like the conveyance of this information could have benefited from an approach that took its cues from The Black Tapes’ first episode — something that let us, the listeners, discover the history and rules of the game as Carly learned them, too. While The Black Tapes deals with its reality as the present, Rabbits begins with Carly speaking about it all as something she’s already done in the past, and I think that weakens the storytelling.

I have hopes that Rabbits will explore these questions — and whether or not it presents any answers, I hope the exploration sheds light on them in a way that we haven’t seen before.

In the meantime, I do suggest heading over to the Rabbits podcast website; the “Notes” page in particular is worth a look, although it might not make much sense unless you’ve actually listened to the episode. Speaking of, you can listen to Rabbits on iTunes, Google Music, Stitcher, or streaming at the website itself.

Leave a Reply to Glenn B. Cancel reply