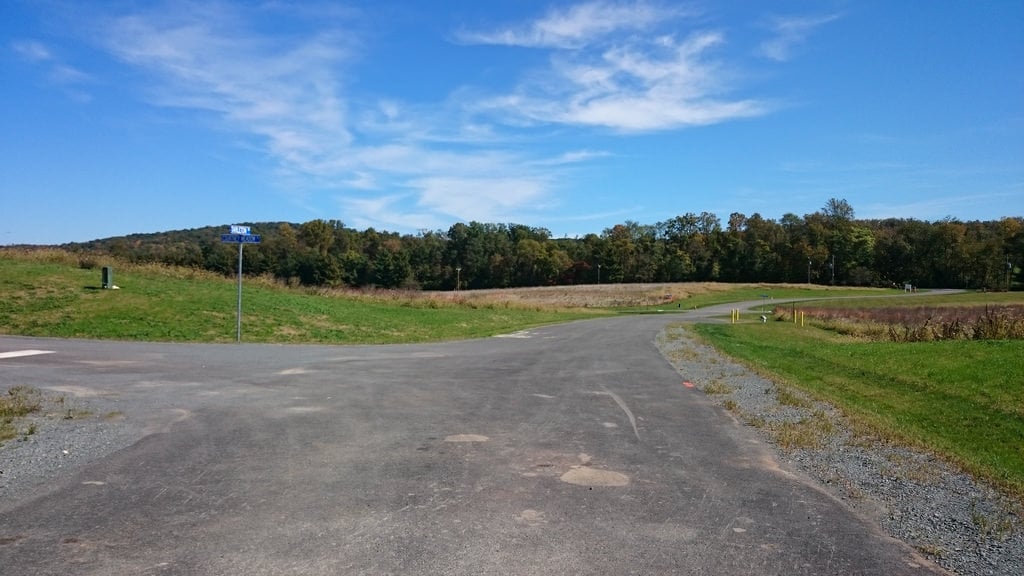 Although we wouldn’t officially know it until the end of 2008, a recession began in the United States in 2007. As anyone who lived through it knows, it was a bad one, claimed by many to be the worst financial crisis we’d seen since the Great Depression—  and the effects of this crisis can still be seen in a chillingly literal way scattered across the landscape of the entire country: What are called “zombie subdivisions.” Half-finished housing developments, deserted and lonely, have become the modern-day equivalent of the gold rush ghost town, and they’re just as eerie as their older cousins. In fact, in many cases, they’re even eerier — because they’re not something out of our past, with the distance history can provide. They’re our present, and if we’re not careful, they’ll be our future, too.

Zombie subdivisions are more commonly encountered in the Western United States — think California, Arizona, Montana, Idaho, Colorado, and the like — but the East Coast isn’t without its own fair share of zombie subdivisions, ranging everywhere from New Jersey to Florida. Furthermore, no matter where they’re located, the story is almost always the same: The real estate bubble that preceded the recession inspired developers to begin building communities, anticipating a huge amount of demand; then the bubble burst, demand shrank, and money ran out. The result is a huge number of half-finished properties that have, in the years since, gone mostly to seed.

But they’re not always totally deserted; many are, of course, but plenty have residents who originally purchased their homes in what later became zombie subdivisions before the real estate bubble burst and the recession set in. A piece by Alana Samuels that appeared in The Atlantic in 2014, for example, details what life is like for Janeen Milhorn and her husband in a zombie subdivision in Stockton, California. The Milhorns bought their house, which overlooks a once-picturesque hayfield, in 2004, while the development was still being built — but construction stopped with the arrival of the recession, leaving only a small handful of finished houses occupied amidst a desert of uncompleted work.

[The hay] field soon began to look like a garbage dump. There were overgrown weeds, beer bottles, shopping carts. Discarded children’s toys and car seats and plastic bags. People from all over town would come to get rid of their old mattresses or party at night. Coyotes and skunks found the open space appealing too. Sometimes, Milhorn would come home from working a night shift and find a skunk sitting in her yard.

“It’s kind of horrible,” Milhorn said, standing in her front yard, staring out onto the abandoned development next door, as a man on a motorcycle gunned his engine, speeding in noisy circles around the empty streets.

Milhorn and her husband erected a fence on their property’s boundary to keep out the animals, but that doesn’t stop the people who come in to cruise around the empty streets or party in the tall grass. A road block that had been erected to keep out trespassers was taken down after a drunk driver rammed into it in the dark. Now, the empty streets of the cul-de-sac have turned into a track for drag racers and bikers.

“One of them bit the dust in the middle of the night and was screaming out here in the dark,” Milhorn said, shaking her head.

It’s a widespread problem. A 2014 report from the Lincoln Institute of Land Policy and the Sonoran Institute found that in many counties in the U.S. Intermountain West, anywhere from 15 to 66 percent of all lots may be vacant within subdivisions. 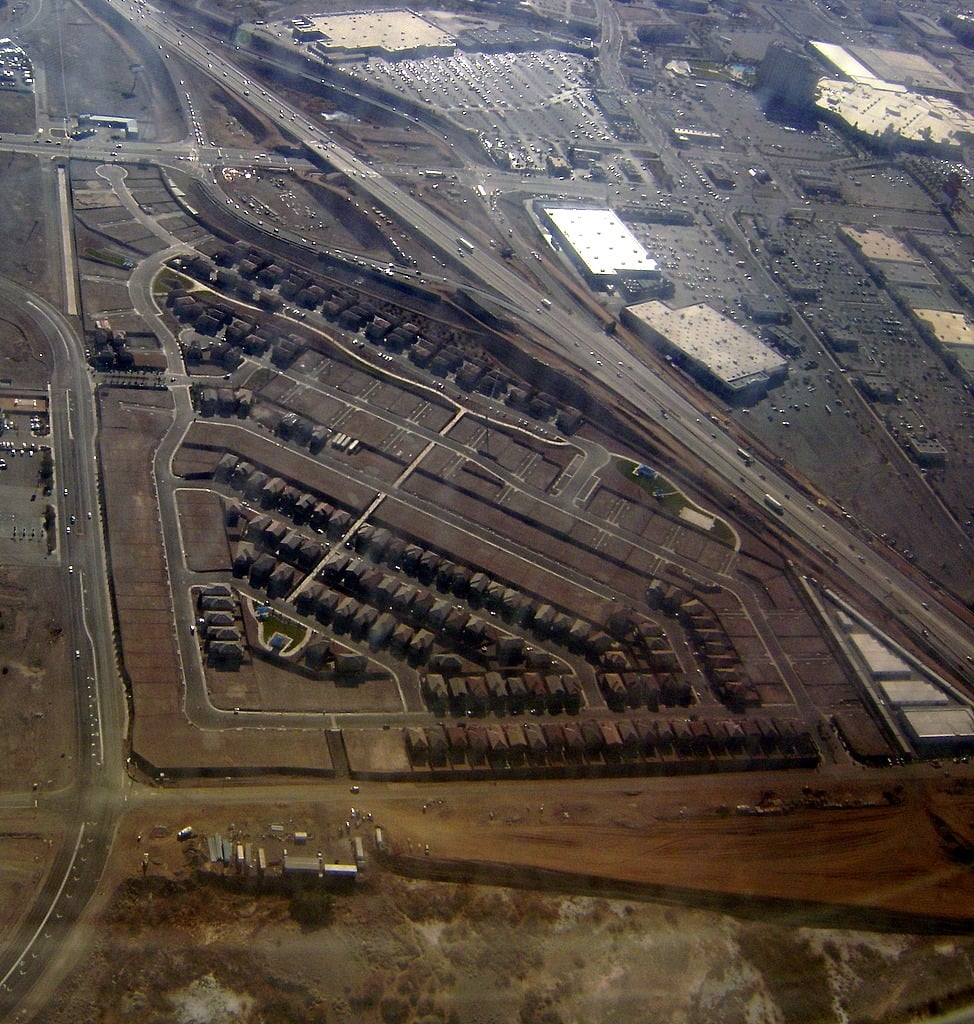 I find the term itself — “zombie subdivisions” — fascinating for a variety of reasons, and not just because I dig spooky things. Here, it’s not just an attempt to hop on a trend that has become so ubiquitous as to be somewhat fatiguing at this point; it’s worth noting that recession economy, too, was often called a “zombie economy,” due to the fact that, for a substantial period of time, it appeared to be neither dead nor alive. But in the case of zombie subdivisions, I think the word bears a slightly different connotation, a lot of which has to do with the history of the zombie in American popular culture. Although the scope of the zombie apocalypse trope has expanded over the past 50 or so years such that it’s usually seen as an all-encompassing global disaster — an End of Days scenario, reflecting our growing sense of the world as a whole, readily accessible with the click of a button — it’s hard to ignore where the narrative began: In suburban America.

George A. Romero’s seminal 1968 film Night of the Living Dead introduced us to the zombie as a metaphor for the dangers of homogeneity, with 1978’s Dawn of the Dead taking it several steps further. Although Dawn of the Dead is arguably more of a commentary on consumer culture than it is of American suburbia more generally, the two aren’t unconnected: The shopping mall as we know it today is a uniquely suburban phenomenon, one that goes hand in hand with the car culture of housing developments located far from the sorts of places necessary to carry on daily life.

Interestingly, the American shopping mall wasn’t originally meant to be isolating; they were meant to become hubs of activity around which communities would spring up and gather together. As Jonathan Glancey noted, writing for the BBC in 2014, the models for modern malls were the markets of the ancient world: Rome, Istanbul, Damascus. “Father of the shopping mall” Victor Gruen envisioned malls as “the core around which new settlements would cluster, with apartments, clinics, schools, and, one day soon enough, all the facilities and life that go together to make thriving urban settlements,” wrote Glancey.

But instead, we ended up with “fully enclosed, inward-looking structures designed to be serviced by the car, encouraged by relaxed tax and planning laws and set in isolated locations.” It’s difficult to say which came first — the housing developments that absolutely require cars to bring in from the outside everyday necessities, or the malls containing these everyday necessities that absolutely require cars to reach — but either way, the two are inextricably connected.

For that reason, I don’t think it’s a coincidence that both dead malls and zombie subdivisions have become more and more common at roughly the same time.

For what it’s worth, some folks are trying to breathe new life into the country’s zombie subdivisions, seeking to rezone the land such that it would allow them to use it for new things — things that won’t require its residents to have to drive everywhere. Said urban developer and consultant Michael Mehaffy to The Atlantic in 2014, “The market is shifting — people are recognizing they don’t want to live in these monocultural places. They want to be able to walk, enjoy amenities and a nice neighborhood with lots of services nearby.”

However, the economy is again uncertain — and part of me can’t help but wonder whether we’ll be drowning in the corpses of failed real estate developments yet again sometime in the near future.