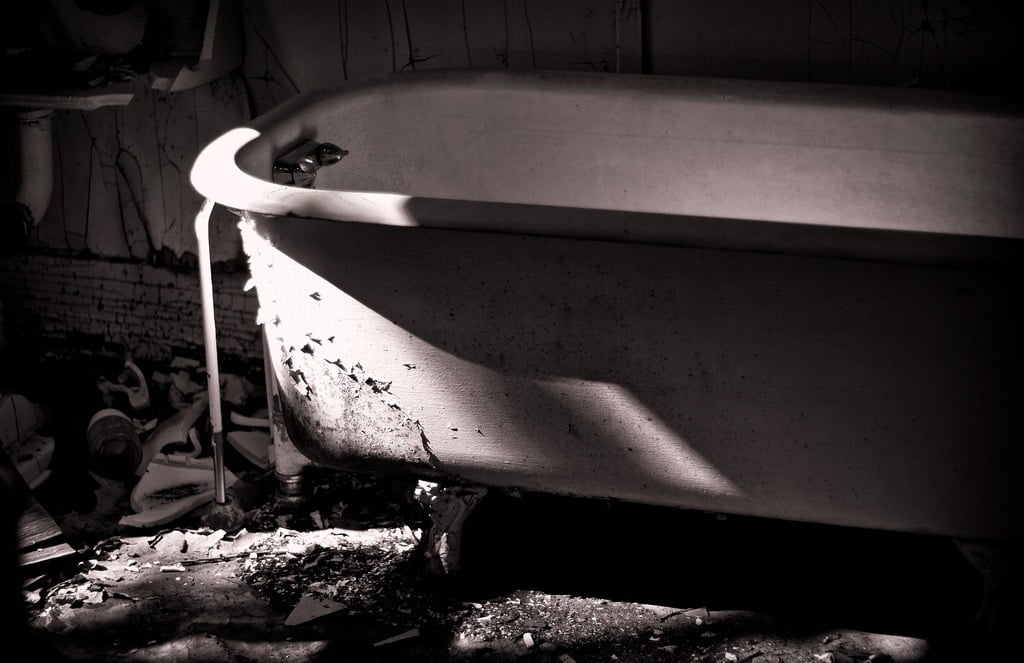 Daruma-san, also known as The Bath Game, is probably best described as a deadly version of Red Light, Green Light. After the initial summoning ritual has been performed, it follows the basic rules of a Japanese children’s game called Darumasan ga Koronda — literally, “The Daruma doll fell down.” The player is “it,” while Daruma-san attempts to catch “it.” But if Daruma-san catches you… well, let’s just say you should never, EVER let that happen.

Curiously, Daruma or Dharma dolls are traditionally symbols of good luck. The Daruma-san of this game, however, seems not to carry the same good luck as her namesake—and neither, should she catch you, will you.

NOTE: A shower may NOT be substituted. You MUST use a bathtub.

She is fond of water and dark spaces; as such, it is recommended that you avoid immersing yourself in or crossing running water, as well as traversing dark spaces, until the conclusion of the game.

Use the “Tomare!” command sparingly. Each time you use it, the amount of time for which it will stall her will diminish. Use it only when absolutely necessary.

The ending MUST be performed before midnight. Failing to do so will grant her permission to enter your dreams. Do NOT allow her to do this. Additionally, performing the ending is not as easy as it seems. If she suspects you are about to try to end the game, she may hide. You MUST have her in your sights when you perform the “Kitta!” command.

It is NOT recommended that you play this game more than once. Should you play it a second time, she will begin in the same position she was in at the conclusion of the previous game. This will not provide adequate distance to escape her.

Do NOT let her catch you.