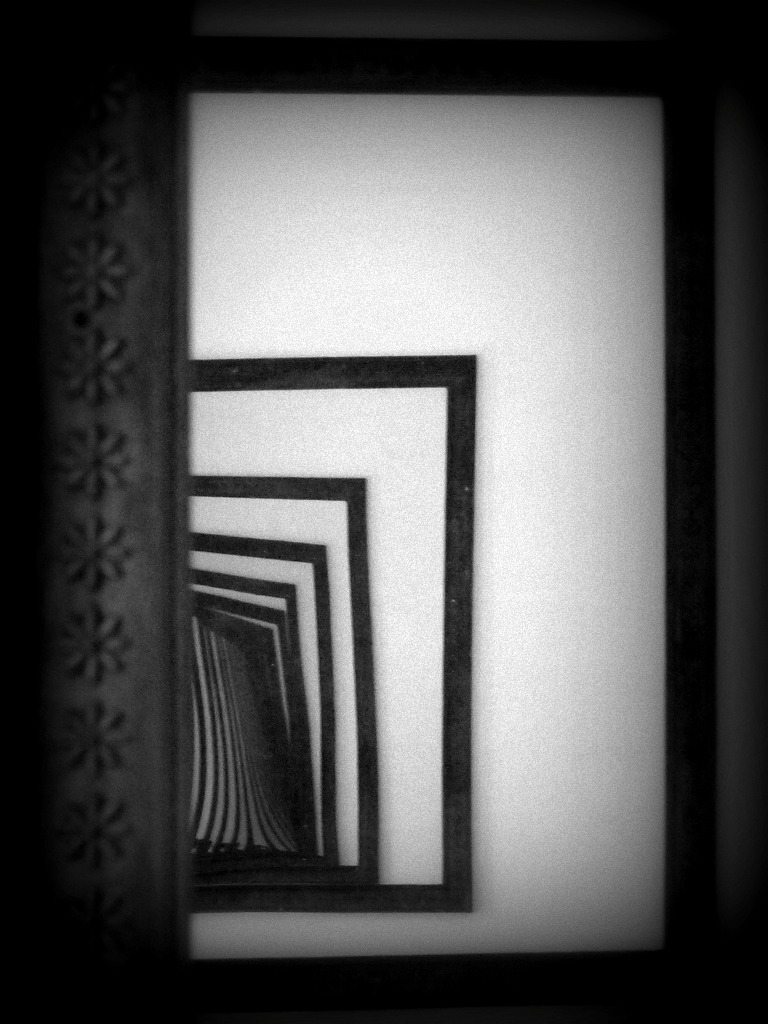 Previously: Elevator to Another World.

Mirrors are often employed in these rituals and games we really shouldn’t be playing; I’ll be exploring why that is in an upcoming edition of “Scare Yourself Silly,” but until then, suffice it to say that they sometimes reflect the world back at you… and sometimes represent a window or a doorway into another world entirely. As such, you can see why stepping into a Mirror Box and surrounding yourself on all sides with them isn’t exactly recommended.

But if you must… play at your own risk.

Note: There should be complete trust between the witness and the partner; additionally, both must be strong willed and with great fortitude. Do NOT attempt if these conditions are not met by BOTH participants.

Should You Ever Meet a Witness: