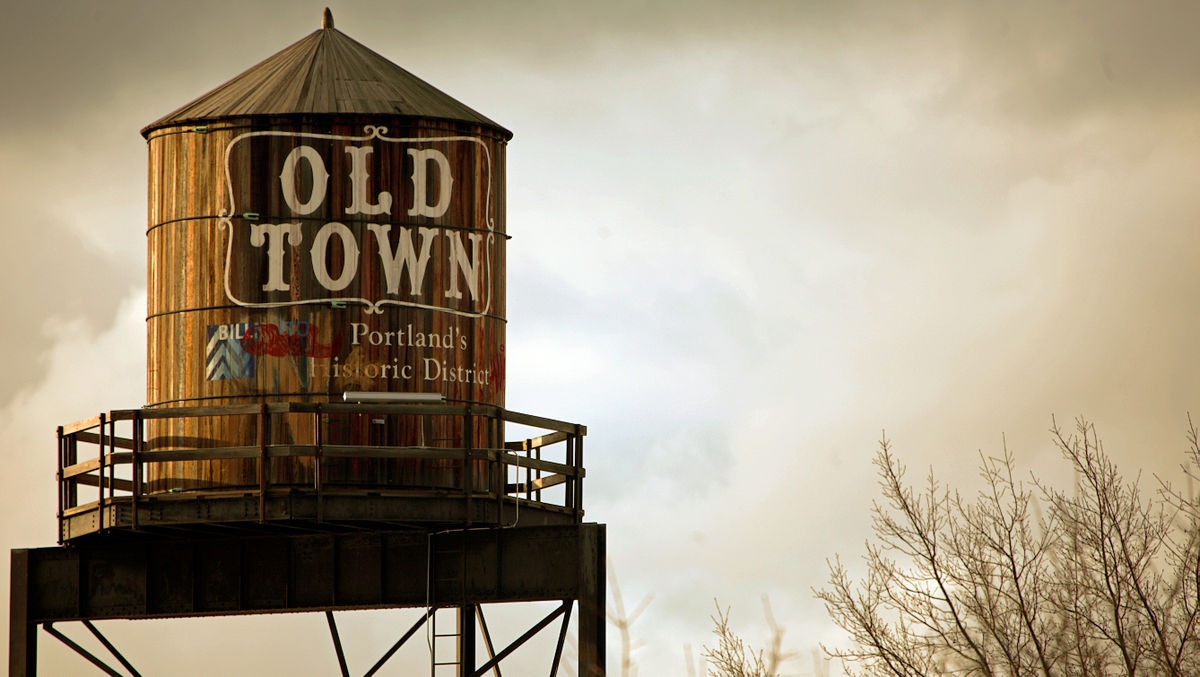 I’ve yet to visit Portland, Oregon, but something tells me I’d really like it there. It sounds like it’s full of things I love: Music… breweries… book stores… parks, gardens, and green spaces…

…And the Portland Underground, also known as the Shanghai Tunnels.

Originally running from Portland’s Old Town/Chinatown all the way to Downtown, this underground network connecting the basements of a vast array of hotels and bars to the waterfront of the Willamette River has seen a lot of history – and a lot of misery. The practice of “shanghaiing” involved incapacitating able-bodied men, either through booze, drugs, or a simple knock on the head, kidnapping them, and selling them to ship captains as sailors. And neither were men the only ones at risk; when women were shanghaied, as happened frequently during the Prohibition era, they were either sold to brothels, or else to ships to be kept as sex slaves and chattels during the long voyages at sea.

San Francisco was known as the world’s capital of shanghaiing at the turn of the 20th century – but if the stories are to be believed, Portland between 1850 and 1941 could have given it a run for its money. No other city used an underground tunnel system to get the deed done.  Once an agent’s, or “crimp’s,” unsuspecting victim had been rendered woozy or unconscious, the crimp would drop the body into the tunnels via a trapdoor known as a deadfall. The victim would then be held in one of the underground cells that lined the tunnels before being sold into sea-bound slavery. Rumor had it than when warm bodies were scarce, crimps would even go so far as to wrap wooden cigar store Indians or – worse – corpses in burlap, drag them to the waterfront through the tunnels, and sell them as real, live men. At its height between 1870 and 1917, as many as 3,000 men and women a year found themselves unwittingly shipped to sea through Portland’s Shanghai Tunnels.

With a history like that, it’s no wonder the Shanghai Tunnels hold the reputation of being the most haunted location in Portland – for not all of the humans trafficked through the tunnels made it out alive. Shanghaiers took their victims’ shoes and scattered glass on the floor to thwart any escape attempts; as a result, many hundreds a year perished in the underground holding cells before their abductors could sell them at the waterfront. Their souls are believed to wander the tunnels still, lost and confused, uncertain of where they are, how they got there, or why they are even there to begin with. It’s almost as though the tunnels themselves have trapped them for all eternity.

How do the hauntings manifest? In all the ways you might expect: The sudden scent of cologne, perfume, or alcohol; faint whispers and the sounds of crying; strange lights where there should be none. A handful of specific entities have been known to hang around the tunnels and their associated landmarks, as well – like Nina, the spirit of a woman said to haunt what was once the Merchant Hotel’s lobby and is now a favorite local pizza joint, Old Town Pizza. Her picture hangs upon the wall in memoriam, and on a brick in the wall of one of the booths – once part of the old elevator shaft – has her name etched on it. Believed to have been a high-class prostitute who dared to turn in her captors, she often appears as a lady in a white or black dress accompanied by the sweet scent of her perfume. Her footsteps can be heard in the early morning and at closing time, and occasional she moves small items to indicate her presence.

Other entities believed to haunt the tunnels are neither tortured nor friendly. Take, for example, the decidedly male presence who resides in the basement of the Lotus Lounge, which may once have been a Prohibition-era speakeasy. He may have been a bartender who partnered with some of Portland’s most notorious crimps; although he has never hurt anyone, those who have reportedly been in his presence note an uneasy feeling. The employees of the Lotus don’t go into the basement alone if they can help it.

It’s worth noting that the history about the tunnels – not their existence, but that they were used for shanghaiing – might be a little suspect. Notes Jacqueline Peterson Loomis, a history professor at Washing State University Vancouver and the founder of the Old Town History project, “It’s not good history” – meaning that it may be down mostly to myth. The first recorded mention of the tunnels didn’t emerge until the 1970s; historians say that would expect to find more public records of the digging required to build the tunnels from 19th and early 20th centuries, as well as evidence in, say, a vice commission report from the time about shanghaiing. Adds Richard Engeman, the former public historian at the Oregon Historical Society, “If there was something intriguing going on, it just boggles the mind that no one would see fit to say anything about it.” But the legends persist – and given that the more unsavory aspects of history sometimes get brushed under the rug, it’s not hard to believe that they might at least be rooted in truth.

The vast majority of the tunnels are no longer accessible; much of the system has been filled in by various public works projects over the years. But sections of it, like those beneath Old Town Pizza and Hobo’s Restaurant, are still intact, and indeed, open for visitation. Michael P. Jones has been take tours down into the Shanghai Tunnels since 1996 through the Cascade Geographic Society; Portland Walking Tours also ventures into the tunnels on a daily basis.

The History and Hauntings of the Shanghai Tunnels in Portland, Oregon

Fugitives and Refugees: A Walk in Portland, Oregon